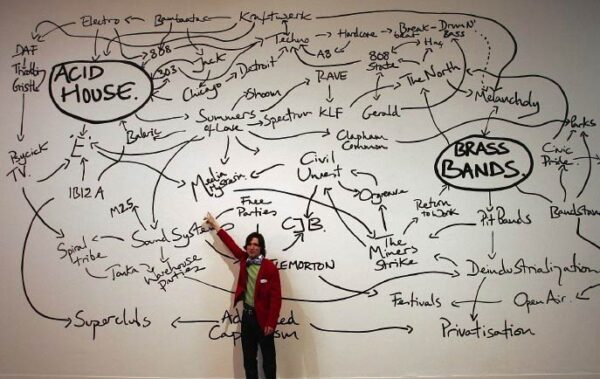 Jeremy Deller. That’s right, this week we have one of the world’s most interesting contemporary artists talking about “What It Is,” a show and tour he has worked on, that appeared at The Hammer, the New Museum and now, Chicago’s MCA, featuring a car that was bombed-out during the Iraq war. He is joined by artist Esam Pasha to talk about “What It Is”

Deller’s work often challenges our assumptions about what “is” and “is not” art and uses the banner term “art” to gain access to, extend, push, and develop local cultures. Deller is also the first Turner Prize-winner to appear in the 230 hours of the Bad at Sports show.