This just in from the New York Times. Hooray!

U.S. District Judge Richard Arcara ruled that the 2004 mail and wire fraud indictment against Steven Kurtz, a University at Buffalo professor, was ”insufficient on its face.”

Kurtz is a founding member of the Critical Art Ensemble, which has used human DNA and other biological materials in works intended to draw attention to political and social issues. His arrest drew protests from artists in several countries who called the charges an intrusion on artistic freedom.

”Obviously this is a weight off his back, but he still had to suffer through this for four years,” said Kurtz’s attorney, Paul Cambria. ”The last thing this guy is is a bioterrorist.”

The U.S. Attorney’s Office in Buffalo said it was considering an appeal but otherwise declined to discuss the ruling.

Kurtz was indicted in 2004 following what began as an anti-terrorism investigation after police saw lab equipment in Kurtz’s home while responding to the death of his wife, Hope.

Although investigators determined that lab equipment was part of his art work, he was indicted a month later. The charges carried a maximum of 20 years in prison.

Kurtz was accused of plotting with Robert Ferrell, former chairman of the University of Pittsburgh’s human genetics department, to improperly obtain potentially harmful organisms. Ferrell was fined $500 in February after pleading guilty to a misdemeanor count of mailing an injurious article to Kurtz. 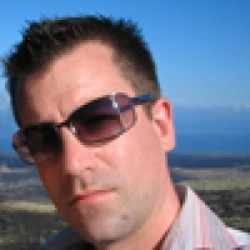