I was missing the earth so much that I watched a 98 minute movie of the light changing from day to night high up in the Sierra Nevadas. The trees are beautiful in the way trees are, but not too showy. There is no discernible movement in the frame beyond the changing position of the sun and the automatic shutter of the camera slowly trying to adapt. I was missing the earth and I was thinking of duration and those were things I would have been thinking and feeling even if I hadn’t been at the final day of the Onion City Experimental Film and Video Festival. But I was and those were things to think and feel about. 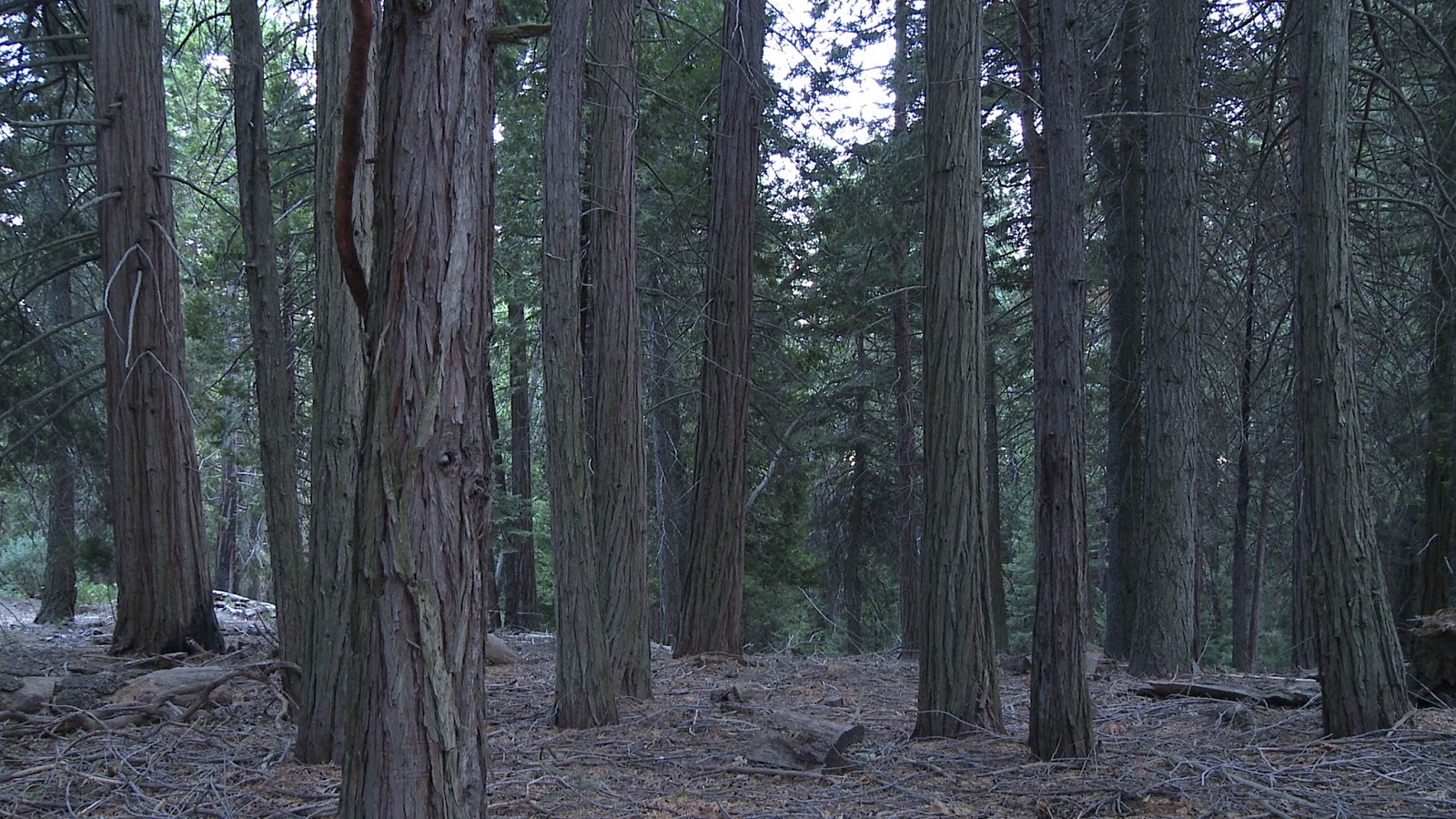 I do well with so-called durational works. Maybe it’s because I meditated as a child or have a very (let’s not say hyper-) active interior life (though my suspicions are that everyone does) or because my durational muscle has been honed through years of grueling training. Whatever the reason, I found Phil Solomon’s Empire to be satisfying, beguiling and eminently watchable. Immediately after the screening, I asked Patrick Friel, the festival’s director, if there would be another chance to watch it. Empire is a 48 minute remake of Andy Warhol’s film of the same name. Instead of, or maybe in the stead of, an indexical film in which the titular State Building takes center stage, Solomon’s video takes place in Grand Theft Auto’s Liberty City. Time passes quickly—two minutes in the game representing an hour in the world—even if slowness is the dominant feeling.

I was going to and still might write through Empire, telling you everything that happens. I might make a newspaper of it and then scan that and put it on a thousand flash drives and throw them from the top of a scale replica of the Empire State Building (from Liberty City). I don’t have it in front of me, so my memory will have to suffice. This is another type of reenactment, of bootlegging, covering or translating. The first thing I remember is the glistening, glittery reflection of the sun in the water that I chased long after it had gone. There is slow but continuous garbage flying toward us: perhaps someone printed out my newspaper. Airplanes appear regularly about an eighth of the way across the screen. They fly a straight line and disappear once they pass by (or seemingly hit) the unharmed protagonist. At a certain point light orbs pass from one side of the screen to the other, while the building abides. The sky changes, drastically. The different buildings turn on and off at different times. The sun. The wind is mostly steady and a truly delicate lull. The moon. I saw no cars. The splotches of fog that signaled incoming weather were terrifying. The rain almost shook me to my core with anticipation. I don’t ever play video games but I feel like I should, like I’m missing some of the critical ways that culture is moving. Sometimes I read about video games so I won’t be an alien in the senior home.

I had seen Empire before, on a monitor. I probably watched for a few minutes. I chuckled because I know about Andy Warhol and know about Phil Solomon and know about video games and know about the new media one-liner and know about duration and know about simulation and am a sensitive viewer with a rich interior life. But I probably watched it for a couple of minutes at most. I am an advocate for the space of the cinema. I think it’s ok for a work of art to be bossy and tell me to sit still and watch the whole thing until the lights come up. No talking, no texting. I also love talking and texting, but I know sometimes that makes listening and watching and being present and letting the mind wander a lot harder. I’m not telling you these things because I don’t think you know them, I’m just telling you them because this is my turn to be bossy. Even if we’re both talking and texting during the production and reception of this text.

Jesse Malmed is an artist and curator working in moving images, performance, text, occasional objects and their overlaps and gaps. He programs at the Nightingale Cinema, co-directs the mobile exhibition space Trunk Show and was named a 2014 Breakout Artist by Newcity. www.jessemalmed.net