I lived in San Francisco once. It sometimes feels distant now because I have even lived another place between there and here. San Francisco occupies an interesting place in the American imagination. Even though high rents and a sort of institutionalized and self-aware weirdness pervade much of the city, it is still, in fact, filled with oddballs, Peter Pans and visionaries. Its role in American culture is as a provocateur, a laboratory and a refuge. I think this is true and the city certainly thinks it’s true.

It was stirring, then, to see so much of San Francisco last week at Northwestern University’s Block Cinema screening of Stories Untold, one of over 20 different programs of (mostly) shorts under the umbrella of the Radical Light project. The project, whose full name is Radical Light: Alternative Film and Video in the SanFrancisco Bay Area, 1945-2000, encompasses a large, brimming book, those 20-some programs of experimental media and a gallery exhibition at the Berkeley Museum of Art. The monumental exhibition was facilitated by curators/editors/programmers Steve Anker (now the Dean of the School of Film/Video at California Institute of the Arts, once of the San Francisco Cinematheque), Kathy Geritz and Steve Seid (Film and Video Curators at the University of California, Berkeley Art Museum and Pacific Film Archive,). Over the course of a decade, the three scholars and exhibitors wove together a history of alternative and experimental media notable for the quality, diversity and energy of the work. 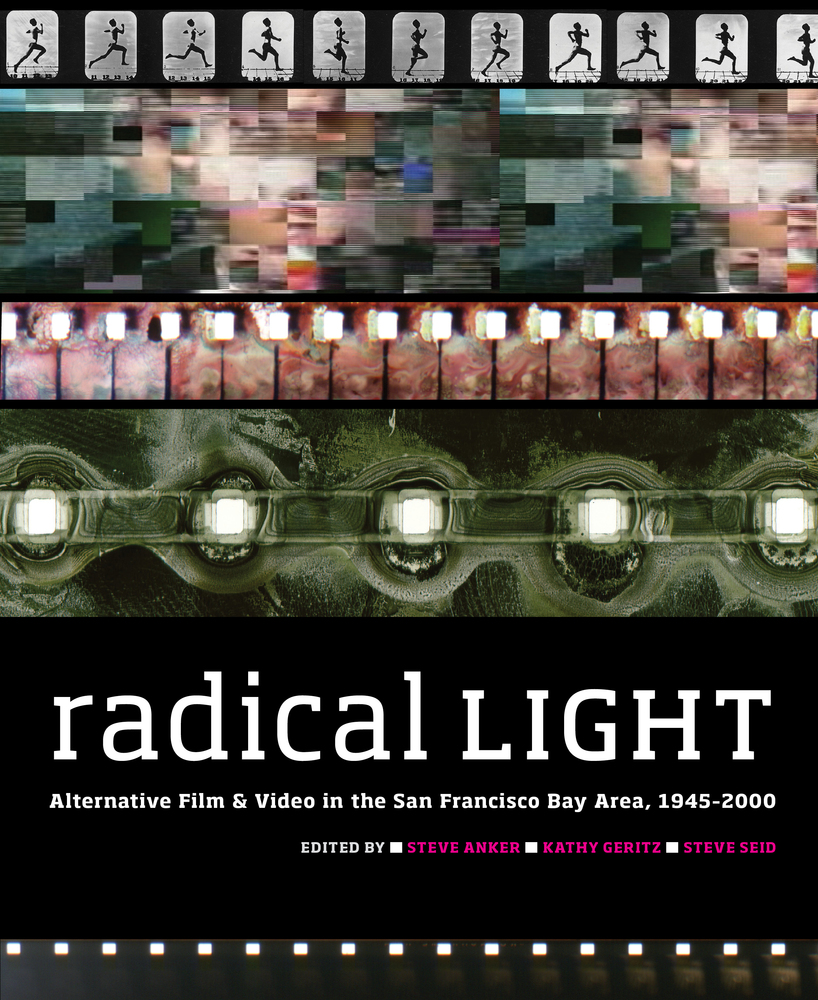 The book teems with interesting essays, artist pages, personal reflections and histories and, ecstatically, loads of ephemera from various screenings. Cinema is an event and even when large institutions are involved (SFMOMA, SFAI, KQED and BAM/PFA all having played interesting roles in the development of Bay Area media), the works and culture in Radical Light’s purview are scrappy, marginal and rule-defying. Flyers from shows, dispatches from seminal organizations and photographs enliven the text and remind young guns that the culture has always been suffused with polymaths—artists as curators as critics as janitors as flyer-makers as audiences as artists—and that making a show is as simple and as complex as making a show.

On Thursday February 16th, the excellent Conversations at the Edge series at the Gene Siskel Film Center brings Steve Anker and the New Preservation/New Prints program. The program features works from 1906 to 1984. A number of these films and some of their makers—for me, at least—fall under the “seen about but haven’t seen” category. Making this an even bigger treat is that these films have been well preserved and new prints have been struck. For all the great benefits of increased online visibility of canonical (and forgotten) experimental film history, the joy of seeing these works in a proper cinematic context and in their correct format is immense. You can watch Oh, Dem Watermelons by the recently deceased Robert Nelson below, but you’re better served just tasting it here and letting your interest be sated by the real thing.

One week later, CATE brings us George Kuchar: HotSpell. I love Kuchar’s work, especially the video diaries he began to make in the 1980s. Ed Halter wrote this lovely piece on Kuchar for Artforum and I think it perfectly sums up what makes his work so endlessly watchable. The work is funny, smart and messy. It’s about cinematic representation and camp and biography and the weather while still mostly being about that moment. Halter nails it nicely: “cinema à la Kuchar pivoted on the dialectic between overblown fantasy and schlumpy reality, the films always working double time as documentaries of their own making.”

Then, on Friday the 24th, Chicago Filmmakers hosts Radical Light’s Found Footage Films program. The Bay Area has had a long entanglement with collage and appropriative filmmaking. This program is of particular interest to me now because of the (seeming,) (current,) wholesale mainstream embrace of borrowed images. The ease of digital editing and prevalence of moving image media has enabled entire new folk arts of super-cuts, stretched videos and détourned mass media. Bring a teenage friend who’s never heard of Craig Baldwin or who can’t imagine what a debate about sampling would even be and see if the works’ radical histories can still be felt.

I had the privilege of helping bring some of Radical Light to Portland last year and with it Steve Seid. Among the great joys were meeting Loren Sears (the book is almost worth its price just for the picture of him from Bolinas in 1973 sitting cross-legged in his Video Van, a mobile video editing and processing station replete with patterned rugs and a lingering hippie/techno-utopian/media shaman vibe that feels quintessentially Bay Arean), having the chance to learn even more secrets than were divulged in the book and, if it isn’t too horn-tooting to admit, to participate in Seid’s reading by doing a performative reading as Kuchar, one of the few impressions I can do. Kuchar’s presence was all over last week’s screening and remains one of the many vital personalities Radical Light teases into the large, varied, tangential and fascinating tape-stry of a half century of inventive cinema.

Jesse Malmed is an artist and curator working in moving images, performance, text, occasional objects and their overlaps and gaps. He programs at the Nightingale Cinema, co-directs the mobile exhibition space Trunk Show and was named a 2014 Breakout Artist by Newcity. www.jessemalmed.net