Spinning likes into gold with NO Space

I met Debora Delmar and Andrew Birk, co-runners of NO Space, at Cantina Riviera, on Chiapas in Colonia Roma. I recommend the lechon and the taco de pulpo asado, if they have it. We drank Dos Equis lager exclusively. In early February, in the midst of the Material Art Fair, No Space will present a show curated by Keith J Varadi at Bikini Wax in San Miguel. After establishing that they had moved to Mexico City from Bushwick, where Debora had lived at 538 Johnson Ave—you know, that house they go to in Girls—and Andrew had had a studio, I asked how the art scene in Mexico City differed from the art scene in Bushwick. After we talked, Andrew mentioned that they had no idea I was going to record our conversation and/or post it (in truncated form) online.

DD: There’s not the culture here, like there is in Bushwick, of buildings full of studios. There’s all these young kids coming out of art school, they’re all in a building together, making work, and that becomes a stronger community. Even if the work is shitty, they’re there.

AB: In a place like Bushwick, the bind is making work. I think with the arts community here, its bind is partying.

DD: There’s also not much funding. The market isn’t strong. There’s rich people here, like Roma and Condesa are all full of rich kids who have come from rich parents—

DD: It also goes hand in hand with the culture here. There is a lot of culture in Mexico, but that doesn’t necessarily mean that there is an interest in contemporary art. I think that factors into there not being much of a market for young art, for what we’re doing. 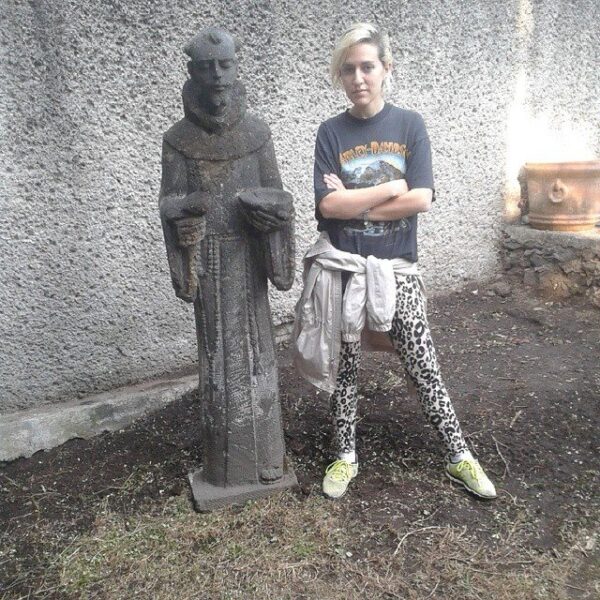 JW: What made you guys start NO Space?

DD: We were tired of going to every show and seeing always the same names. We wanted to contribute, to bring attention to other artists that we relate to.

AB: There’s so many people living in this city, but there’s so few galleries, and none of them want anything to do with the kind of art that we make. Everything’s really fixed.

DD: Even outside of here, we have friends whose work we’d like to see shown here, to expose this kind of work that we like to other people from here. We don’t want to be a gallery or anything like that.

JW: Why don’t you guys want to be a gallery?

AB: We don’t want to get this project confused with questions of money, because that changes the vision of things. With all the international artists that we invite to the show, I think the really cool parameter that we’re putting is zero budget. What can you do with zero budget? The bigger we get in our own careers, the more we expect a budget, the more interesting and constricting the parameter of no money becomes, and the more creatively you have to respond. Actually, one of the things that I feel the most guilty about and that I’m kind of ashamed of, with the former No Space documentation, is that the photos are really nice. They’re really white, they’ve been Photoshopped, and so on. I think the new thing that’s going to happen is that documentation will just get shitty. I want to start using social media documentation more.

DD: We are always looking at websites like Contemporary Art Daily or whatever, or people just posting their work online. That’s what we do, too. That becomes our approach to the way we’re looking at art, the way we’re thinking about where it will end, about where the image will end. 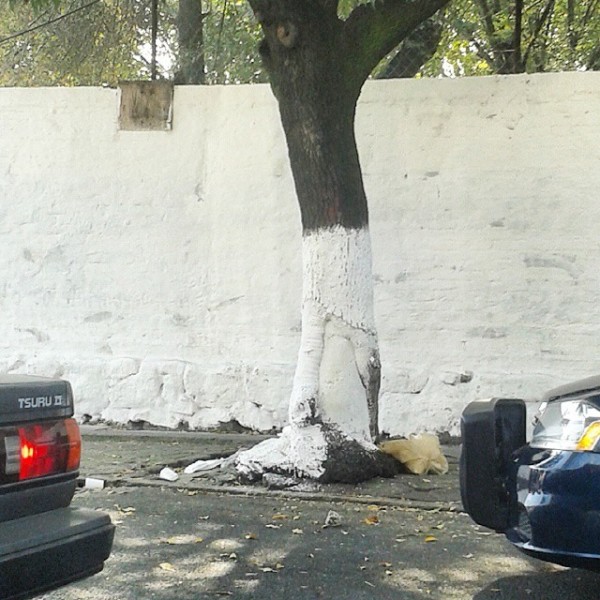 JW: What if someone wants to buy something that’s being shown at one of your shows?

AB: Well, how can you stop that from happening? When we originally started, we didn’t even ask prices of anything from any of the artists. If somebody was interested, we’d give their e-mail to the artists. We also decided to have no texts, nothing to read, because we were tired of the culture of walking into a show and having to read text to understand the show. People expect not to have to use their instincts to interact with the art, because there’s a text there that does it for them.

AB: It also creates this strata in which people who have less experience with art, or who know less about art history, or have less ability to place contemporary gestures into a grander context, depend on the text to understand art, as if these art objects don’t relate to them or they don’t have a point of entry in the art, which of course they do! If there’s a shoe on a fucking tabletop in an art space, you have a pair of shoes, you’re wearing them right now, and you have a table at your house, what do these things mean to you? How can you enter into the piece? 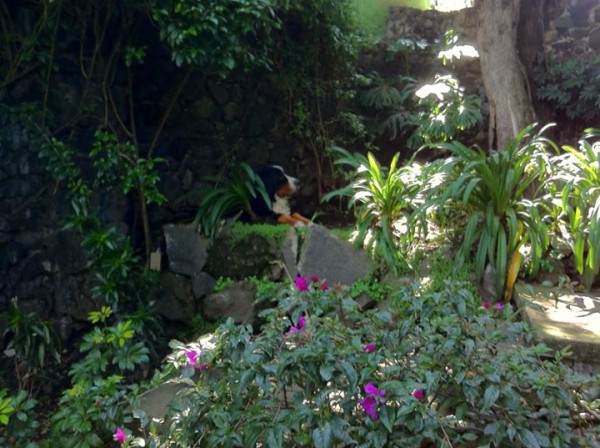 JW: Would you say that there’s a through-going aesthetic through all the shows that you guys have produced?

JW: Do you think there’s anything lost in this—not randomness, but all this variety? Does it create its own kind of homogeneity?

DD: We like their art for a reason. Our choices come from us looking at other people’s work and thinking, oh, this should be shown somewhere. It’s not just about giving people a platform for the sake of giving them a platform. We don’t want to have a tight curatorial thing, because we’re not representing artists or something like that. Yes, of course there’s common grounds between some of the artists, because they’re young, but we’ve shown older artists, too, and we like that, for example we’ve picked Mexican artists that have careers outside, but their work doesn’t really fit into the bigger dialogue here, the discourse.

JW: What is the bigger dialogue here? 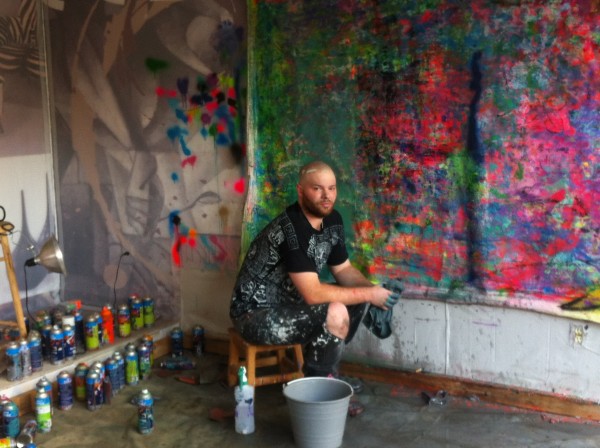 JW: You guys are talking with a little bit of disdain towards politics in art. Am I hearing that right?

AB: Personally, I feel like if I wanted to make a change in politics, my career path would be inside of politics. I wonder if making a political art gesture to a bunch of rich people who have doctorates makes any political change. Or if talking about really, really poor, abject conditions in an art language that has nothing to do with the people that are living inside of those conditions has any effect. For me, art is its own language for itself. 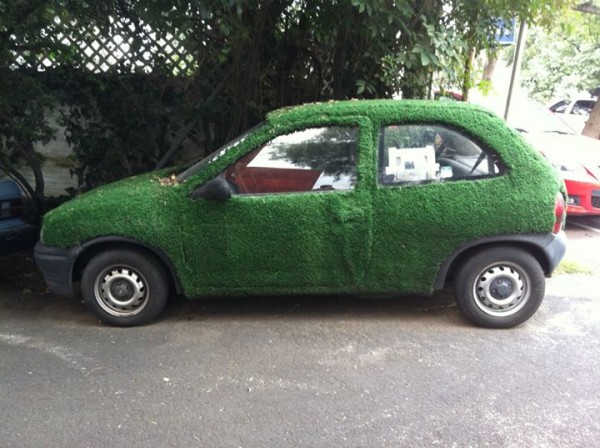 DD: I understand why artists want to talk about politics, because there’s so much shit going on, how can you not be affected by it? Of course! But I don’t know, my interests in art became separate from those interests. Maybe art is political in itself, but for me illustrating doesn’t really change or contribute so much to a change. If you were selling the pieces and giving the money for a good cause, maybe that would make more sense for me.

JW: I wonder if, at a certain point, art just serves to justify the existence of otherwise heinous individuals. Like, sure, I’m a wealthy financier who’s making billions screwing the poor, destroying the middle class, blah blah blah, but look I’ve got this artwork, so it’s cool. It kind of ameliorates their position in society.

DD: For example, the first show that Andrew and I had here, we had a show in this project space around here, and all of the students from the Esmerelda came with the teachers. They came from a pool party that they had all been at together, dressed in Hawaiian shirts—

AB: With leis and all that!

DD: —tons of people in Hawaiian shirts, and they were all super drunk, and they started yelling at me like “you’re so superficial, this work has no meat, you’re just a superficial bitch that has money and you don’t care!” It was crazy. Even the teachers were yelling at us, telling us all this super mean stuff, until we found a way to kick them out.

AB: It was also kind of cool, because that shit just doesn’t happen elsewhere. As much as we complain about the five teachers bringing their 75 students drunk as fuck to the show, and lighting off fireworks and shit in the hallway, that’s also what’s super cool about this place. Things are so infrastructurally underdeveloped that we can actually like build whatever we want here, and occupy positions in the landscape where there would be no space for us in other, more developed systems. 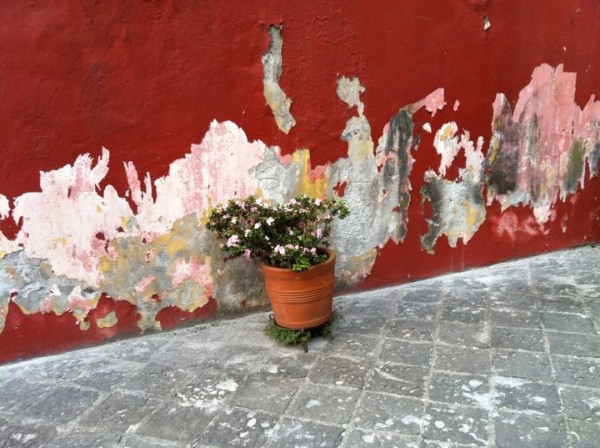 JW: How do you categorize NO Space? Can you?

DD: It’s been referred to as a project space…

DD: I like it, too! Because we’re into what he’s into. I just saw this documentary that came out about YouTube people starring in each other’s videos to build audiences. It was on PBS maybe? It’s called Generation Like. It explains about how likes mean power and money, in terms of influence, popularity, and so on. There was like this one kid who was a skater and he was really cool and really young, and he started getting all this money from brands to do his videos, and people wanted to take selfies with him, and put them on Instagram, because then if you’re in a photo with this guy, you’ll get likes. There’s agencies for these people to place YouTube people with other YouTube people.

AB: Your agent talks to her agent and you guys co-star in a video, and all of your viewership goes to her account, and all of her viewership goes to yours, and you build something up together. That’s kind of the way we’re interested in working. Not to bring attention to NO Space, but to bring attention to artists that we don’t otherwise have the means to make more available. It’s a matter of taking the entire community and combining networks to form a platform for the artists. 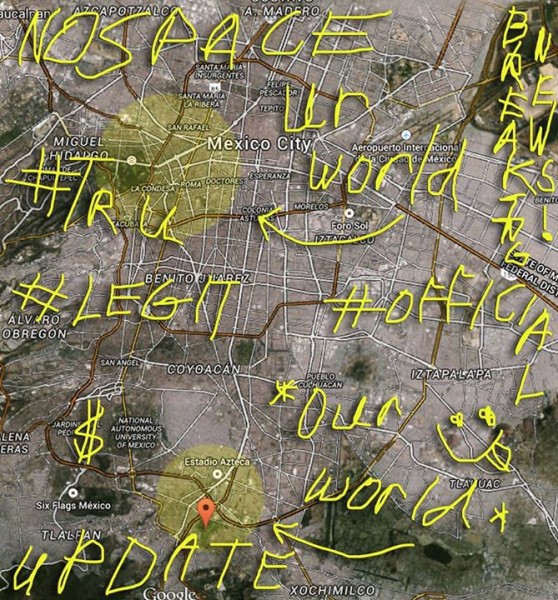 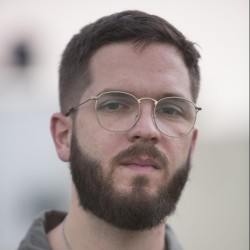