How to tell your parents that you’re majoring in art

One of my duties as a Lecturer of Foundations at Northern Arizona University is to provide give tours to prospective students.  In an email follow-up to one of these tours, I was asked about the viability of a career following an art degree, and how one might explain this career choice to one’s parents.  Specifically, I was asked to elaborate on a conversation I had mentioned having with my father, who had been skeptical to say the least regarding my career prospects after graduate school, for which I was asking to borrow some money from him.  The following is taken largely from the text of the email I sent in response.

There are a few viable strategies to making a living with an art degree. I certainly have friends doing the “move to New York and try to be an art star” thing, a few of them successfully. Most support themselves with jobs as waiters or gallery assistants etc. With even a BA, one can get work as a security guard or administrative assistant at a museum, gallery, or in an artist’s studio as an assistant helping to make the work. These are entry level jobs from which one can work their way up to a career.

The strategy that I know most intimately is teaching. This is a challenging but viable path, if you have the right temperament for it. Not everyone is well suited for teaching, and it is important to be sure it’s right for you, rather than treating it as the default answer to the question of “I’ve got my MFA; now what?”

Speaking of the MFA…The question of whether or not to go to grad school is debated within the art world, but it is an absolute necessity if you want to teach art at the college level. It’s also a big asset if you teach K-12 or at private institutions. Applying to grad schools is itself a big process, and scary. You may not get into your top choice, and you may not get into any school at all your first time applying. Some grad schools are expensive; others are fully funded and therefore free. This is of course a question for down the road, but I mention it because it was when I was making the decision to attend grad school that this issue came up.

The specific conversation came up with my father when I was applying to graduate school. I needed to borrow money from him, and he was basically not at all supportive of my decision to go to graduate school and pursue a career teaching art. He said, basically, “I’ll loan you the money because I’m your father, but I think it’s a bad investment, I don’t think you’ll be able to find work, and I don’t think you’ll be able to repay me, but I need you to, somehow.” He asked me to specifically ask my faculty how long it had taken them to find a teaching job, and what was a normal starting salary. I asked my painting instructor, Leslie Kenneth Price at Humboldt State University, and he told me that after graduating from his MFA, he found adjunct work within a year, and it took him five years of adjunct work to get a full time job. He said that starting salaries at the full-time level were around $40K.

I ended up borrowing $37,000 from my father, in addition to $73,000 in student loans, to attend the Hoffberger School of Painting at the Maryland Institute College of Art. I graduated in May of 2007. I started teaching part time in 2008, and in 2013 I was hired at NAU…five years after my first adjunct gig began, at a rate of $42,000 a year. Obviously everyone’s experience is different, but Leslie definitely called it in my case. Five years as an adjunct, then a full time job starting at $40K, sounds about average.

Bear in mind that some people do land full time teaching jobs straight out of graduate school. Benjamin Duke was a year ahead of mine in grad school; he was doing a kind of work that really leant itself to a particular program’s needs, and so he was offered a full time teaching job at the University of Michigan in Ann Arbor before he had even finished his MFA. He also shows at Ann Nathan, an excellent gallery in Chicago. He is a.) very, very good, b.) very, very lucky, and c.) very, very smart. I wouldn’t count on getting a full time job right away; even if you’re good and smart you may not be lucky. But, it could happen.

On the other side of things, it is certainly possible that you won’t end up teaching. Some people just aren’t well-suited to it, and find other lines of work. I have several friends who earned MFAs and then were offered technical or administrative positions at the institutions from which they graduated. These are certainly viable careers, and should be considered as good alternatives to teaching. Others work for museums or galleries, or in other creative fields.

For me, though, teaching has been a great fit. The pay isn’t going to make me rich by any means, but it is definitely enough to live on, what I’d call “grown up money.” And there are other benefits as well. Great medical and life insurance, for example, and a great work environment. Yes, we work hard and have to do a lot of off-the-clock research, but our schedules tend to be very flexible, vacation time is impressive, and we get to work doing something we love. Oh, and another benefit: if you do take out student loans, the Public Service Loan Forgiveness Act means that, under certain conditions, if you work for a public service institution (a college, university, or museum, or a non-profit, but not a commercial gallery), and your income is under a certain amount, you can pay on an Income-Based basis and after 10 years, 120 on time monthly payments, any remaining loan balance can be forgiven.

Also, look at the College Art Association website and go through the job listings as though you’re looking for a job. That will give you some idea of what’s out there. Also NYFA, HigherEd Jobs, the Chronicle of Higher Education, and Academic Keys.

In one way, my father had been correct.  I never did repay him a cent of what I had borrowed, despite the fact that Professor Price’s predictions about the time it would take to find full time work, and my starting salary.  My father died, from complications of alcoholism, a few weeks before I was offered the job that would have allowed me to repay him what he had loaned me. 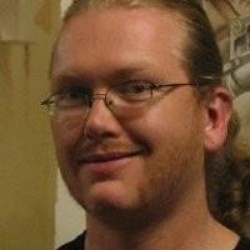