Last year I was invited by performance company ATOM-r (Anatomical Theatres of Mixed Reality) to sit in on several rehearsals while they worked on their latest piece together, The Operature. Since that time, the work has had a showing in York, they have produced a book with Pinups Magazine, recently opened a two person exhibition at Julius Caesar in Chicago, and continue to work towards the Chicago premiere of The Operature at the National Museum of Health and Medicine (175 w Washington, Chicago IL) March 21st, 22nd, and 28th 2014. A collection of notes from their rehearsals follows. 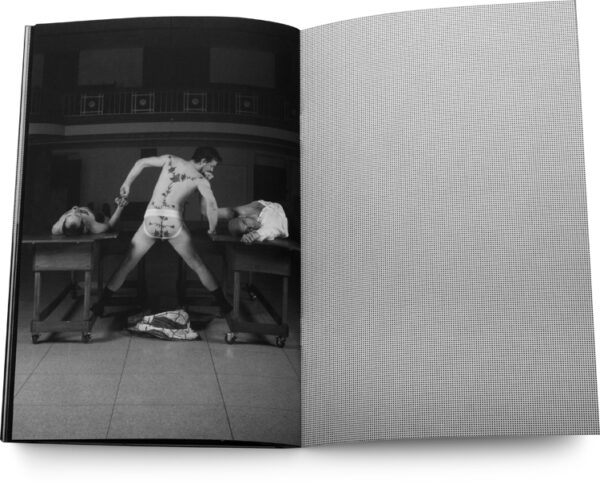 The theater holds between 200 and 300 spectators in six concentric galleries of narrow rows that provide standing room only. The bodies of the recently deceased are laid out as actors, like the dancer to the choreographer, the corpse submits itself to the movements of the doctor. The body following the request of the scalpel, as eager to articulate the interior secrets of the body as the doctor is to discover them. 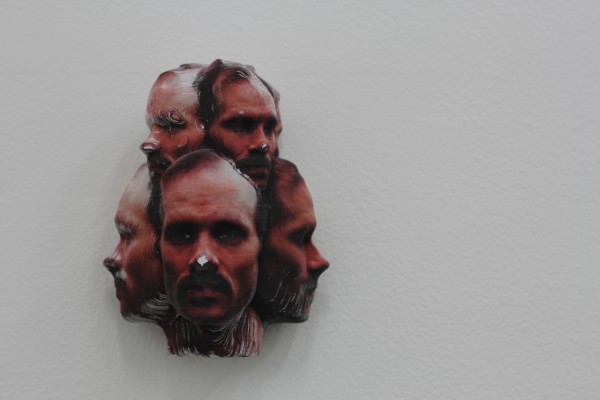 From where I sit in rehearsal I can easily make out the performers as they move about the table. Even as they tower above me, dancing from corner to corner. I need only lift my head slightly to keep them in my full view. The table is to my left. I am thinking about watching, about the pleasures of looking at bodies, and of the duets that emerge from my gaze. The duet between these men, their fingers nimbly grazing their partners torso, weight shared across thighs, every movement mirroring the duet of scalpel and chest, doctor to corpse, witness to theater, and beyond to the dimly lit corners of the farthest circle, where the excitement of discovering the interior of oneself is imagined with each brushing shoulder. 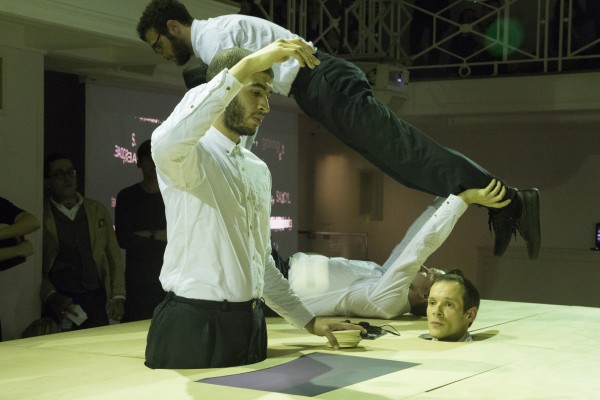 Professor, tattoo artist, writer, and sexual misfit Samuel Steward kept a deeply coded and painstakingly noted account of his sexual encounters. Penile measurements sit alongside anecdotes and the occasional picture. A box of approximately 900 cards, the stud file is an archive of sexual experience and an attempt at exerting ownership over one’s body. Stewards thirst is that of the anatomical doctor, both delighting in the bodily pursuit, in the ecstasy that comes from leaning against the submitted frame. 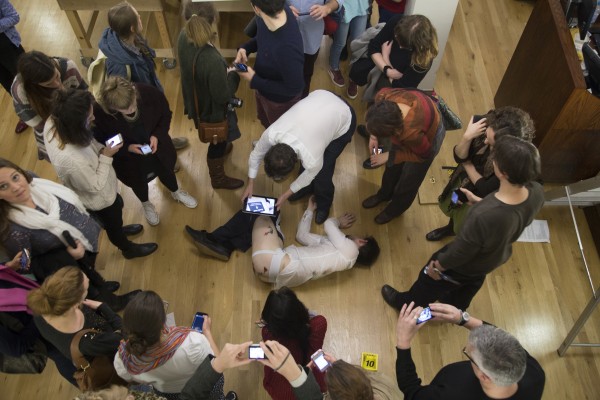 In rehearsal, at the moment, we are oscillating between the record of Samuel Steward and the technology of the anatomical theater. Movements are derived equally from sexual and surgical acts, both having striking similarities conceptually and visually. Through each week and each iteration of the work, I am left to ponder the watching of bodies as they are laid out before eager spectators, however they might be displayed in private or public exhibitions and however large or small the audience might be. This is how I understand the performance to function: as a technology of looking. The way a photograph captures a submitted partner or the way a surgical table in the center of an audience can amplify the form. 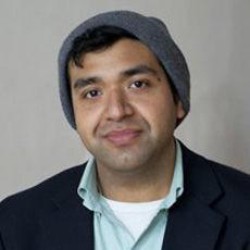 Anthony Romero
Anthony Romero is a performer and writer. His works have been performed nationally, most notably at Links Hall and The Hyde Park Art Center in Chicago and as part of the Itinerant Festival for Contemporary Performance in New York. He has published poetry and criticism through Ugly Duckling Press, Poetry Quarterly, The Huffington Post, and Performa Magazine.