Post-holiday greetings! I hope youâ€™re in a pleasant haze filled with too much food (and family). I wanted to take a post to highlight a handful of the awesome, independent games that came out earlier this year. Theyâ€™re all very interesting in their own rights, but they all feature interesting mechanics or storiesâ€”things I considered outstanding, specifically in relation to some of their larger peers: the Call of Duties of the world. Most of them are also perfect for new gamers, or introductions into gaming, as most eschew the traditional difficulties or reflexes associated with the medium.

Gone Home
Youâ€™ll find Gone Home on nearly every â€œbest ofâ€ list this year, and for good reason. Though I wrote about it earlier from a perspective of player/protagonist relationships, the game also shines for storytelling, sexual-identity exploration, and a 90â€™s Riot grrrl soundtrack. Trips around an empty house will find homemade cassette tapes, childhood drawings, and evidence of hidden and open family dramas. Itâ€™s an eye-opening exploration of whatâ€™s possible in a young medium, and well worth the praise itâ€™s receiving.

Papers, Please
Papers, Please combines the retro visual-style of the original Nintendo with the social and political themes of a crumbling Eastern-European society. Self-described as a â€œdystopian document thriller,â€ Papers Please welcomes the player as a worker who has drawn the job of immigration inspector. By day, you process the documents of hopeful immigrants, poring over their passports, visas, and vitals to determine if they are allowed through. Stamping no can be heartbreaking; sometimes stamping yes can be, too. Part of the game is managing a desk full of reference materials, shuffling pictures, maps, text, and speed all at the same time. When you dive in, what surfaces are political plots, corruption, and a nightly mini-game where you must decide how to use your small funds to comfort your family: with medicine, food, or heat. Bleak house.

The Stanley Parable
While Gone Home was a first-person exploration of home life, The Stanley Parable is, at first, a first-person exploration of an empty office building. Today is different than yesterday, but itâ€™s not clear why; it isâ€”and isnâ€™tâ€”your job to figure out why. As you explore, the game unfolds easily into rumination on jobs, life, destiny, and games, all narrated by a velvety British voice that describes your every move. Follow his instructions, or set out on your own; the branching paths are many, and the outcomes satisfyingly differentâ€”or similar.

Antichamber
Antichamber is similar to so many war-like shooters in that one of its focal points is a gun. Antichamberâ€™s gun, however, is one of creation, not destruction. Players must navigate a mostly-white world that features devious, mind-bending puzzles filled with impossible spaces, rooms, turns, and other spatial discrepancies that seem to occur when backs are turned. Learning to explore and navigate the illogical space is both nightmarish and Zen-like. At times, you feel trapped or hopeless; at others, filled with countless Eureka moments or realizations. Either way, it feels like a world to which Bill and Ted might have accidentally taken an unprepared Euclid in the middle of a proof. He wonâ€™t need that geometry here, anyway.

Proteus
When my mom visited town at the beginning of the month, I got her to sit down and play her first (ever) video game. It was Proteus, and even she enjoyed it. I previously wrote about the gameâ€™s exceptional relationship with the player, but truth be told, it excels for so many other reasons. She liked encountering the stone circles, a favorite formation of hers, but others would find it comforting for its soft sounds and soft edges that roll through different seasons on what feels like commentary on life, death, and existence. Proteus is filled with hidden machinations and the feeling that thereâ€™s something deeper below the surface. But at the end, the game itself is beautiful, even at its surface, and offers up something that is well worth the visit.

Starseed Pilgrim
Starseed Pilgrim would be a terrible dinner guest, mostly because it doesnâ€™t bring a whole lot to the table. A brief mention of seeds and youâ€™re on your way to discovering the intricate methods (and madness) of its intrinsic system. While Starseed Pilgrim would be easy to dismiss as shallow, the truth is anything but. Players who persevere will discover a challenging yet fair world that they will literally build, planting different seeds that create different sections. Most game reviews refuse to discuss games in-depth because of plot spoilers; Starseed Pilgrim reviewers were afraid of spoiling mechanics. Theyâ€™re definitely worth the wait. 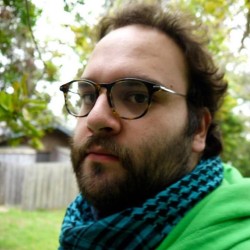 Paul King
Paul King is a writer living in Austin, Texas. His work has appeared in Bad at Sports and Kill Screen.