Now that Christmas is almost here, I have a lot of time on my hands. Not, of course, enough time to do all the reading Iâ€™d like before the world begins again in January, but time nonetheless. S 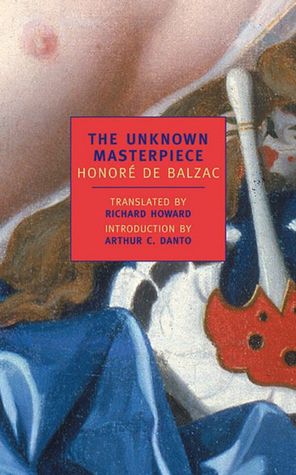 The Unknown Masterpiece (also translated as The Hidden Masterpiece) by HonorÃ© de Balzac tells the story of three painters, all in pursuit of what I can only call perfection. The young painter Nicolas Poussin, comes to the studio of the accomplished and finically successful painter Porbus. While there, Porbus and Poussin are joined by the master painter Frenhofer, who proceeds to describe to the painters how to make a painting come to life. His ultimate goal, to see his painting â€œbreathe.â€ Later Poussin and Porbus join Master Frenhofer in his studio to view the painting he has spent the last decade creating. Now, not give anything away here, but it is the readerâ€™s interpretation of the painting itself, that is at the heart of this story. Either this story is some amazing happy accident, or Balzac was more prescient than anyone could ever have imagined.

The Unknown Masterpiece has an interesting history. Supposedly, Picasso was so taken by the story that he came to rent a studio at the same address Porbusâ€™. It is in this studio that Picasso painted Guernica. Written in 1832, yet set in 1612, The Unknown Masterpiece might seem to be based on the real life of Nicolas Poussin, but I am assured it is not. Still, it doesnâ€™t hurt to approach the book as a novelistic imagining of the early life of a master.

If thereâ€™s still someone you need to buy a gift for (even yourself), there is a lovely edition with a new translation by New York Review Books. But if itâ€™s just a story you want, it is available from Project Guttenberg in HTML, ePub, and Kindle editions all for free. (The Unknown Masterpiece here. The Hidden Masterpiece here) There is also a film based loosely on the story called La Belle Noiseuse (1991), which is worth watching.