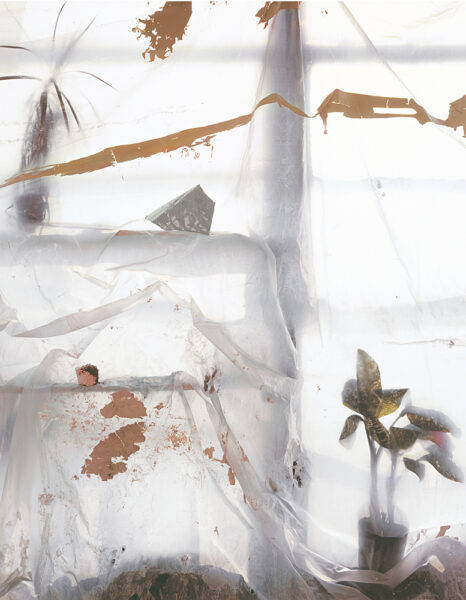 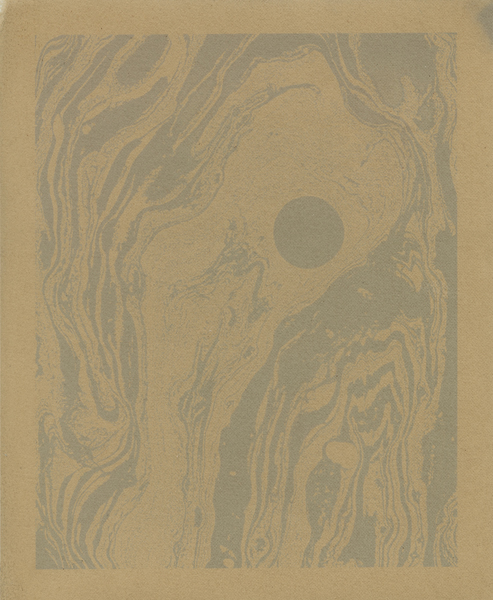 Artist Heidi Norton and I share an abiding interest in all things plants. During several conversations we had while I was profiling her for Art Ltd., we often talked about the relationship between art and gardening. Heidi incorporates living plant matter directly into her sculptures and has used various types of house plants in her New Age Still Life photographs, along with the more recent series of images shown in her show Not To See the Sun at ebersmoore last month. Heidi and I have continued to talk about the relationship of art, plants, and gardening, and as the next iteration of what has become an ongoing exchange, we’ve decided to conduct a series of interviews with other artists to further explore those connections. Voila: Mantras for Plants, a new, irregularly appearing series of posts.

First up, Heidi talks with Chicago photographer John Opera about his practice and his use of the Anthotype printing process. Opera recently exhibited his photographs at Andrew Rafacz in Chicago and at the Contemporary Art Museum in St. Louis, MO. He’ll be exhibiting his work in a group show titled “To Tell The Truth” at Monya Rowe Gallery in New York from June 17th-July 29, as well as in another group show at Statler Waldorf Gallery in Los Angeles that opens June 17th.

Heidi Norton: What is an Anthotype? Can you explain the process? How did you come to find it and how do you feel it fits into your practice?

John Opera: The Anthotype is a printing process that was invented by Sir John Herschel around 1832, five years after the first known photograph. It represents a moment right at the beginning of photography as a medium.Â  The discovery of the process was very much a part of the initial experiments that led up to photography, as it was eventually known in the 19th century, both in technical terms and in metaphoric terms as well.

In addition to his photographic research, Herschel was also an accomplished botanist and researched the chemical properties of light.Â  His experiments often crossed disciplines.Â  Thatâ€™s how the Anthotype came aboutâ€”it was an attempt to connect fixing a photographic image to photosynthesis.Â  Herschel discovered that he could make a rudimentary print emulsion using pigments extracted from plant material.Â  He made his prints by treating paper with the plant-based emulsion and pressing a negative tightly against the paper under a sheet of glass.Â  The prints are then exposed during the height of summer when the sun is very intense.Â  The printing process can require anywhere from a week to three weeks in direct sunlight.

For my Anthotypes, I used beets, blueberries, pokeberries, chokeberries and several varieties of lilies.Â  Itâ€™s pre-photography. I was really interested in that notion. There is a strange connectivity that the process has to the natural world.Â  It feels alchemical to me.Â  I collected some of the plants at sites where I made landscape photos in the past, specifically the pokeberries, so I guess you could say that some of the images have a connection to my past work, or at least they are part of a continuum. 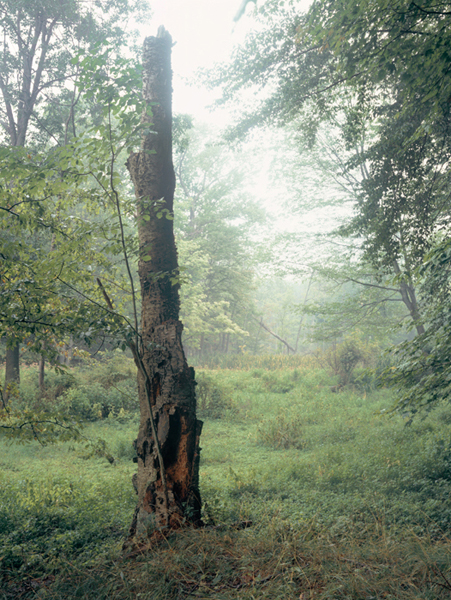 The images in the prints are of drawings that I made in a glass bottom tray device that I designed which allows me to expose directly onto large format film without a camera.Â  There was no lens used in making the images.Â  They are essentially contact prints of ink in water.Â  For me, the prints point toward the fundamental principles of image formation in photography.Â  They are also still-images about liquid and its connection to the medium. 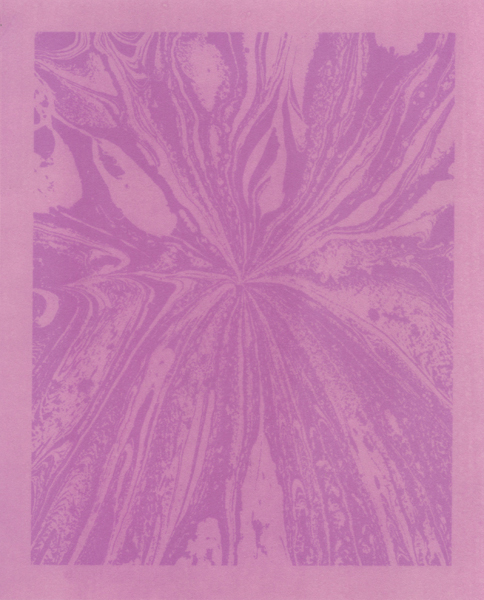 HN: One of things that fascinate me is the relevance of light in this work. All photography is reliant on light, but the way light is utilized in these pieces is extreme. The “ink drawings” must be created in complete darkness. I imagine you sitting in a dark closet, dropping ink into a tray of liquid, flashing light to expose the latent image. The second process is actually making the contact print. Like you mentioned, at times the exposures can be up to three weeks in direct sun. Can you comment on this duality?

JO: Honestly, Iâ€™ve never consciously thought about that connection, but it is a really interesting one for sure.Â  A duality in the process like that is probably a good thing.Â  The pictures are about a balance in a lot of respects I guessâ€”formally, conceptually.Â  The negatives are made in a traditional darkroom setting, while the printing process takes place under very different circumstances.Â  It can take up to 120 hours in direct sunlight to break the emulsion down enough to make a photograph. The image of the drawing is captured on film in less than a second.Â  I see what you mean by â€œextremes.â€

During the printing process, I have to pay attention to the weather and monitor the prints daily. They can only be made during the summer months when the sun is a its highest point in the sky.Â  I suppose there is an interesting parallel between how the prints come into the world and witnessing plants in a garden do the same.Â  Iâ€™m reminded of Jeff Wallâ€™s image Poppies in a Garden, which is in the Art Instituteâ€™s collection.Â  For me, that image is about the potential universe contained within the poppy.Â  Itâ€™s also an image that draws connection to the latency you are talking about in photography.Â  There is a delay between the time a photograph is made and when you see the negative or print. This is what happens to the gardener in the garden as well.Â  I suppose my Anthotypes are somewhere around there in that they are about something provisional.Â  I like to think that their point is also that they break from the observed world, like a hallucination. 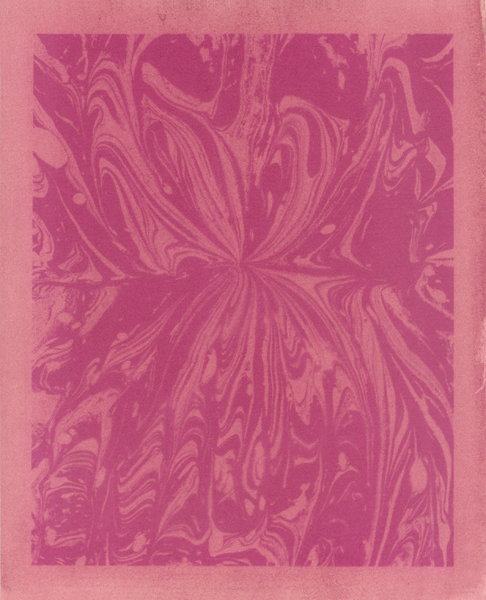 HN: Speaking of “hallucination.”Â  This break from the “observed” world, we can call a “secondary” experience or even a transcendence from the lived experience. Maholy Nagy uses of abstraction of light coupled with technology, exemplifies the idealistic and utopian thinking of a specific era. He coined the term â€œthe New Visionâ€ for his belief that photography could create a whole new way of seeing the outside world that the human eye could not. Is this a relevant conversation today?

JO: I think that every image is a secondary experience to an extent.Â  I feel like photography has reached such a point of self-consciousness that we can agree that any kind of photograph, whether itâ€™s a documentary image or a photogram, occupies a secondary, or abstract position.

At the same time though, I think what youâ€™re getting at is a transcendence of observed experience.Â  There is only so much that a lens-based image can describe, right?Â  I guess that itâ€™s the reason I have periodically revisited abstraction over the past 5 years or so.Â  Despite their straightforward manner, I have always thought of my landscape pictures as being about a topography of interiority.Â  I couldnâ€™t quite get there though.Â  I think I have always used abstraction to express what I couldnâ€™t do with a straight photograph. 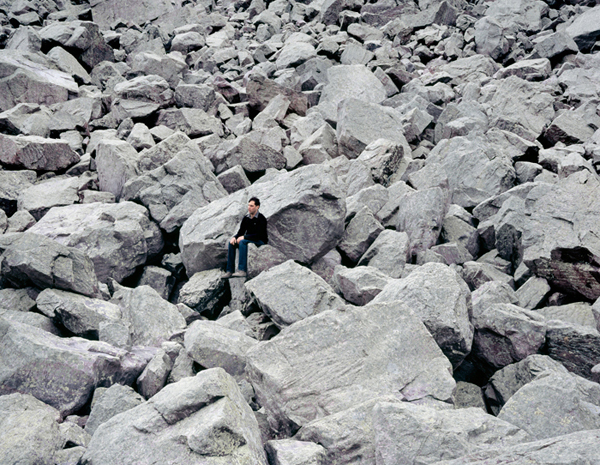 HN: The colors and images of the anthotypes have a “West Coast”/LA appeal to me. Perhaps it’s because I know they were made in the summer and we hung out a lot during the time of their creation so in some ways they resonant a certain level of nostalgia. But there is a history of west coast makers that use “west coast” light to influence their practices and works. I definitely make different types of work in the summer–perhaps due to the changes in color palette, a different energy, geographic location, longer days… Besides the fact that the sun is the strongest in the summer, I want to know: Does the sun and warmth solicit certain types of making practices or “types” of art for you? Is there such thing as summer art? If these were made in the winter, would they look aesthetically different?

JO: Iâ€™m not sure if there is such a thing as â€œsummer art.” I thought about the Anthotypes all winter long!Â  Although, making the work has definitely made me more aware of the changing of the seasons and of the Sunâ€™s position and path across the sky.Â  I feel like the process of producing the Anthotypes has really been a process of aligning myself with the seasonal cycle, probably a lot like a gardener or farmer would have to do. 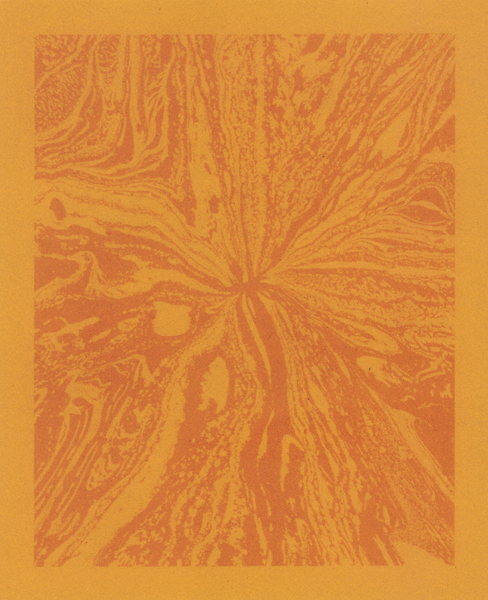 HN: So I will ask you the same question I asked Barbara Kasten because it is relevant with your work (and I’d like to compare your answers). I feel we are experiencing a similar scientific/technological revolution in relation to how we capture and perceive light and color. How do you feel digital manipulation has changed the production, consumption and criticism of abstract photography? Do you feel that the abstractions inherent in the medium, particularly evident in your work, are enhanced or obscured by the further abstraction embodied in the act of digital capture/rendering and/or manipulation? Do you feel itâ€™s important to explain this to people or ensure they know the works are not “manipulated”?

JO: Things are definitely changing, but I wonâ€™t say if itâ€™s good or bad.Â  For me itâ€™s just happening.Â  Digital is definitely erasing certain glitches and characteristics of analog photography, but itâ€™s also creating its own set of peculiarities too.Â  Digital is actually very close to surpassing film in most respects.Â  What will eventually remain is the nostalgia for certain arbitrary propertiesâ€”film grain, solarization, fogging, etc.

Actually, itâ€™s not really important to me that people know how the images were fixed to the prints, although that is usually the first question people ask me.Â  So how are these made? I could have captured the images on a digital deviceâ€”actually that would have been a lot easier.Â  There would have been fewer steps.Â  The important thing is that they recorded fleeting compositionsâ€”whether that was achieved digitally or traditionally is not important. The fact is that I had to scan the film in order to produce larger printing negatives, so there actually was a digital step to this process.Â  See, now weâ€™re getting too hung up on process. 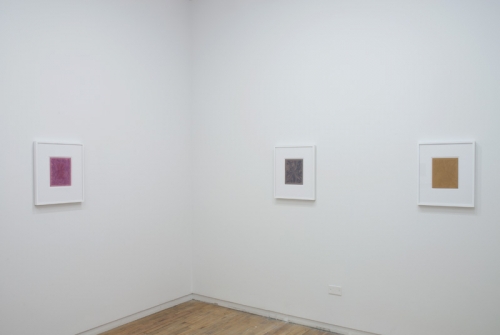 Heidi Norton received her MFA from the School of the Art Institute of Chicago in 2002. Her work has been exhibited all over Chicago in venues such as Monique Meloche Gallery, Dominican University, Northern Illinois University Gallery, and Andrew Rafacz Gallery. Nationally and internationally, Norton’s has been exhibited at the Contemporary Art Museum in Baltimore, the Knitting Factory in New York, as well as in Los Angeles, London, and Valenica, Spain. Norton was published in My Green City by Gestalten in 2011. This past year she had solo shows in San Francisco at Hungry Man Gallery and ebersmoore in Chicago. Her work will be included in the group show The World as Text at Columbia College Chicago, opening June 16th.