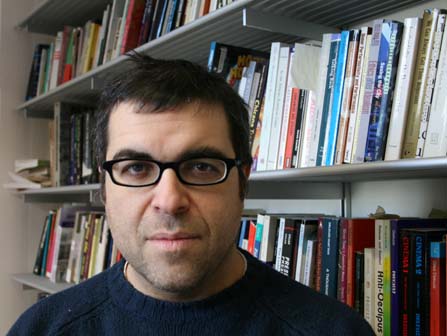 The School of the Art Institute’s Visiting Artist Program kicks off its Spring 2011 series tonight with Jose MuÃ±oz, chair of NYU’s Performance Studies department and the author of several books, including Cruising Utopia: The Then and There of Queer Futurity. (You can download a .pdf file of that book’s introduction here). The talk will take place at 6pm in the Columbus Auditorium, 280 S. Columbus Drive. In advance of Professor Munoz’ talk, I asked him a few questions about his work and the performance artists who inspired it. I’m very grateful to him for taking time out of his busy schedule to answer them!

Claudine Ise: Tell us a bit about what you plan to discuss during your lecture at the School of the Art Institute.

Jose MuÃ±oz: I plan to present work that bridges Cruising Utopia and my next book project The Sense of Brown. In Cruising Utopia I considered the work and life of figures from the historical queer avant-garde. I will discuss the life and work of Warhol superstar Mario Montez. Montez collaborated with Warhol, Jack Smith, Ronald Tavel and many other key figures from that scene. But Montez dropped out of the art and performance scene in the 1970s. He has recently reemerged and has great stories to tell. I look to him as a “Wise Latina” which was a phrase used by republicans who attacked Sonia Sotomayor when she was nominated to The Supreme Court. I describe Montez as a Wise Latina because she made a sort of “sense” that I think is worth considering today. 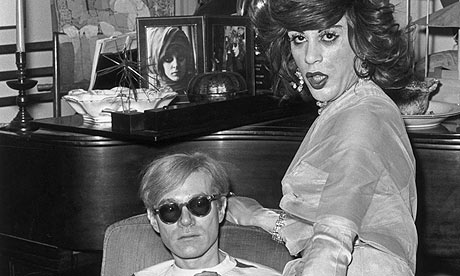 CI: The prose style of your 2009 book “Cruising Utopia: The Then and There of Queer Futurity” is at once poetic and deeply rousing. In particular, I’m enamored of this statement from your book’s Introduction:

“We must strive, in the face of the here and now’s totalizing rendering of reality, to think and feel a then and there. Some will say that all we have are the pleasures of this moment, but we must never settle for that minimal transport; we must dream and enact new and better pleasures, other ways of being in the world, and ultimately new worlds. Queerness is that thing that lets us feel that this world is not enough, that indeed something is missing.”

I love the radical openness of that idea. Can you talk a bit about the ways in which you want to re/define the concepts of ‘hope’ and ‘utopia,’ particularly when it comes to queerness and what you describe as a ‘queer aesthetic’?

JM: I was advocating an idea of hope that refuses despair during desperate times. I reject naive hope and instead offer a version of hope that is counter measure to how straight culture defines our lives and the world. I was trying to describe an idea of utopia that is not just escapism. Queer art or queer aesthetics potentially offer us blueprints and designs for other ways of living in the world. In Cruising Utopia I look at performances and visual art that are both historical and contemporary. But what all the work has in common is the way it sketches different ways of being in the world.

CI: Which contemporary performance artists do you think best represent your idea that ‘hope’ can be more than just a critical affect, but can also present us with a viable methodology for mapping utopias?

JM: I am interested in so much work that happens under the rich sign of performance. For years I have been following the work of artists like Vaginal Davis whose performances always insists on another version of reality than the ones we are bombarded by. I could substitute Vag’s name in the previous sentence with that of artists like Nao Bustamente, Carmelita Tropicana, Dynasty Handbag, My Barbarian and so many other artists that I have encountered. I look forward to seeing more work that helps me glimpse something beyond the here and now.