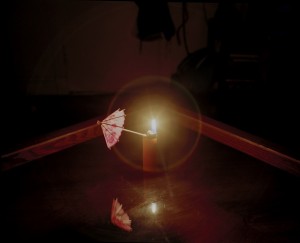 Adam Ekberg has a lovely exhibition of new photographs up at Thomas Robertello Gallery that closes Saturday, February 6th — that’s tomorrow people! — so if you haven’t seen it, you should do the proverbial rush right out and see it thing before it closes. After that, get yourself over to the MCA, where Adam’s work can be seen in the group show Elements of Photography, up through April 6th. I had a brief virtual chat with the very busy Mr. Ekberg this week, and am most appreciative of him for taking the time to answer my questions.

CI: In the brief statement that accompanies the portfolio of images on your website, you mention ‘lens fallibility’ as one of the means by which you activate otherwise ordinary environments. Could you elaborate a bit on how the notion of fallibility operates in your process? 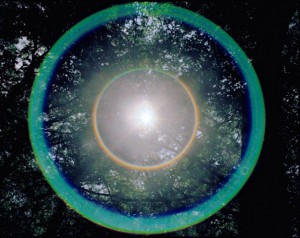 AE: These pictures have been discussed as referential to spirit photography but I like to think of them more in terms of the camera malfunctioning due to misuse. Pointing the camera at the sun is generally recognized as a bad idea on the level of putting balled up tinfoil in the microwave. If you are to go to a camera shop you can even purchase a variety of lens shades that prevent this effect from happening. I love the mistakes within images, Diane Arbus had a tendency to have vignetting in her prints and Nan Goldin always used flash in an elementary way which made her work feel even more personal and intimate.

CI: Your recent bodies of work, such as the Lesser Deities series and the photographs that comprise In the Between at Thomas Robertello, are anti-monumental in terms of the gestures that are made as well as their physical results. Yet the contemplative potential in some of these images is vast. So I wonder if your approach to image-making is in some way meant to provide a modest counter-argument to the monumental aspirations that characterized a lot of contemporary photography over the past decade – I’m thinking of photographers who work big and “think big” like Thomas Struth, Andreas Gursky, Candida Hofer, even Thomas Demand’s perfectly executed little replicas (which are more mechanical than they are magical).

AE: It is not a counterpoint to those people but more a failure of mine to make formal photographs which registered the way I wanted them to. The more formal photography I made in the past was a response to a set of personal experiences around loss and death but I felt that those images ended up feeling about photography first and everything that I was interested in second. I concluded that this failure was partly a result of seriousness of subject matter and the monumentalizing of this iconography with photography. Recent images address the same set of concerns but I use things that I have on hand in my apartment to point to a presence despite the absence of a person in the frame. It is my hope that these images are about everything I am interested in first and photography second. 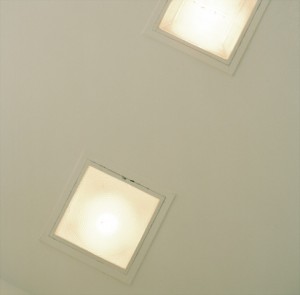 CI: Could you tell us a bit more about how this transition came about? For example, in your earlier work, such as the series Hospital Ceilings (2004) and Funeral Home Parlors (2003), the idea of “the trace” of human presence is handled much differently than it is now– in the Funeral Homes images, for example, the trace is implied rather than activated.

AE: These pictures of funeral parlors were made when I was working as a C.R.M.A. doing hands on palliative care. I worked in a Victorian house on the coast of Maine converted to an assisted living/ hospice house for people with AIDS. I was making that work as a response to being with people when they died. I was interested in the organic death in contrast to all of the institutions around death. Everyone dies differently, it is totally unlike what I thought it would be and its organic quality is quite different then the institutions and systems that surround it. The formal pictures of funeral parlors illustrate the serial quality of those institutions. 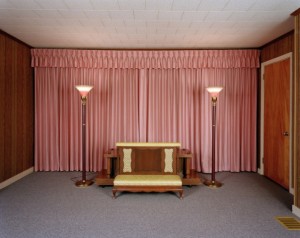 In my work now I attempt to point to the same set of concerns but in a more specific, idiosyncratic and humble way. I arrived at this working methodology by reducing the elements in the funeral home pictures until arriving at an economy of means.

CI: A 2007 photograph from the Lesser Deities series is titled “Nickel and Dime Magic.” When I look at the work in the Lesser Deities series in particular I can’t help but think that if all you had was a camera and a lighter, you could still manage to find (or conjure) magic in a jail cell. I’m curious, what does ‘magic’ mean to you, in terms of your work, certainly, but also just in terms of life as we live it?

AE: Magic to me means that the sum is greater then the parts. Certain things when separated from their general context are transformed. Lately I have been doing a set of images of light from a flashlight cutting through an empty space. The icons in this image are really banal- flashlight, old chair and mirror. In contrast the potential read of this image which involves light existing in a void is symbolically rich. 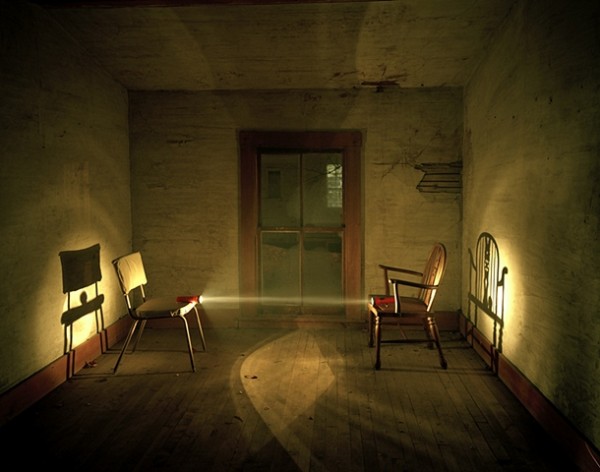 CI: The cop-out final question, but still, I’m genuinely curious: Tell us which artists you admire (dead or living) and why.

This is a super short list. I love these people for a vast array of reasons. 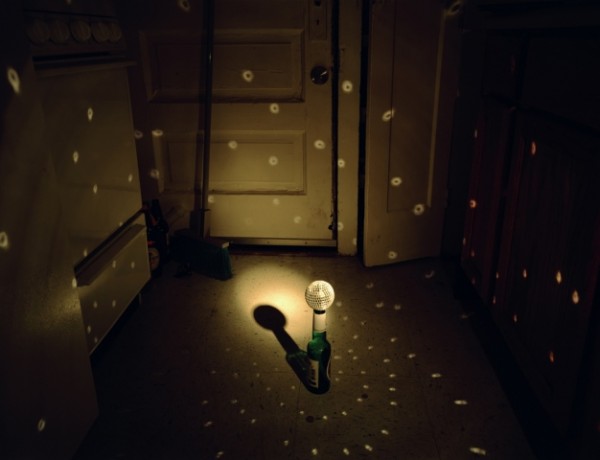 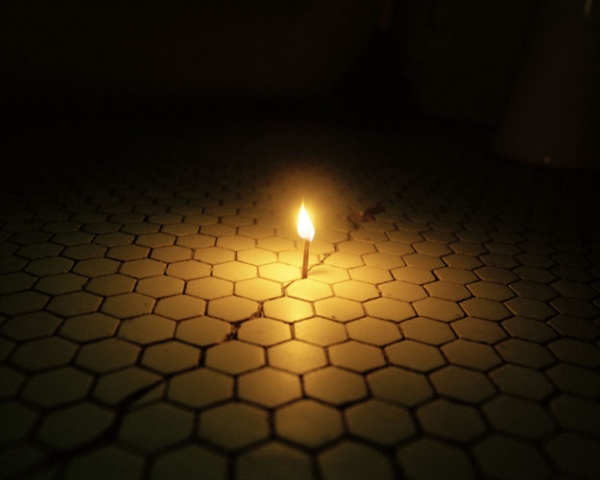