Hot (okay maybe only lukewarm at the moment) Topic Alert: the Crisis in Art Criticism 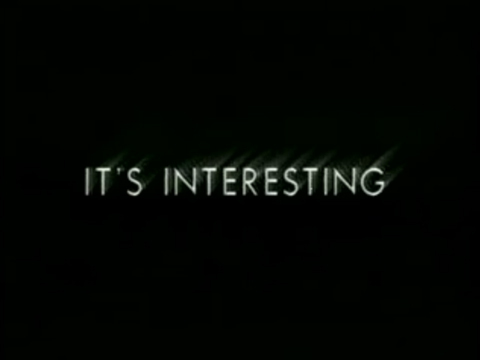 This week New City published an essay by its arts editor Jason Foumberg on the state of art criticism amidst the rise of blogging, online websites, and other forms of interactive media titled The State of the (Visual) Art. I didn’t read this as a piece on the status of art criticism in Chicago per se, as I think some may have, but rather as about the difficulties of defining (much less practicing) this thing called ‘criticism’ at all in online, social-media driven contexts. Foumberg’s essay is part of a larger series of articles at New City that are exploring the state of criticism in the age of Yelp!,Â  Amazon book reviews, and other online social feedback devices. The other pieces can be found here, here, and here (this last one is about Yolp!, a Jersey Shore parody of Yelp that’s really funny). The comments that ensue are interesting, but there aren’t a lot of them and there’s not too much back-and-forth…yet. But today Christopher sent me a link to Michael S. Thomas’ blog Stagnant Vowels, in which he’s posted a response, of a sort, to the New City article, which immediately bumped Mr. Foumberg’s piece up to “hot topic” status in my mind. (Thomas’ response might itself almost qualify as a good old-fashioned Rant, and as I’ve said before, I am to rants as a moth is to a flame….Jason, in contrast, doesn’t rant: he muses.).

“The flux or crisis isn’t with experts or authority per say, its in the distribution of opinion as though it were reasoned discourse. It’s in the ongoing creation of model’s for the dissemination of hyperbole without rational checks or balances. Whether it’s Glenn Beck, or Jon Stewart, or Bad at Sports these models can do much to obfuscate legitimate dialogue if not entirely cripple its formation.”

I have to assume he’s talking about our blog in particular, as the podcast’s one-on-one interview format is pretty much the antithesis of opinion journalism. But I want to know — where is all this ‘legitimate dialogue’ (emphasis on the word ‘legitimate’) that we in particular are guilty of obfuscating? Tell me where it’s happening, and I’ll gladly get the hell out of its way!

In all seriousness, though, I don’t at all disagree with Thomas on his larger point. In fact I think most of his post hits it right on the mark, particularly in his assessment that lack of editorial oversight might be precisely what makes online art criticism so problematic (I’m paraphrasing his argument, but that’s what I took away from it). Thomas finds fault with the recently launched Chicago Art Magazine for precisely these reasons, and although I shall remain neutral on the matter of his specific target, I tend to agree with many of the larger arguments he’s making. Such as this one:

“But I would argue that without editorial oversight or a progressive long term vision for growth, an endeavor such as this one is hopelessly mired. After all criticism and opinion are not the same. Amateur criticism is little more than the ALL-CAPS and bold fonts version of a comment roll, and paying said amateur is in no way a transformation of this reality. So what makes a misinformed critic not, a knowledgeable and, or an opinionated amateur? Time, energy, condensed thoughts, research, an apishly large library surrounded by lovely black and white photographs of water fowl, and other bric-a-brac? No its constancy and persistence in the pursuit of understanding and conveying the qualities that define the arcane and metaphorical reality of objects and their surroundings.”

The fact is, art writers need editors. Scratch that — ALL writers need editors. Nowadays, due to all of those economic reasons of which we’re all well aware, writing for a publication that actually employs an editor to analyze your work before it’s posted/published has become a luxury that only the luckiest of us is afforded from time to time. On a purely pragmatic level, writers need editors to ensure quality of output. We need copy-editors to fact-check us and remind us about the proper usage of its and it’s. Editors to keep us from veering into self-indulgence and unsubstantiated argumentation. And yes, editors to help keep our word count to a reasonable, readerly length. On a content level, Thomas’ argument for having a progressive long-term vision is also relevant, although he’s a little too vague on this point – does a ‘progressive long term vision’ imply some sort of overarching ideological or political stance with regards to the art in question (i.e. ‘we are pro-social practices, suspicious of art objects for sale,’ or some such?)? Some form of group-think? Or does it simply mean establishing a set of critical guidelines and standards for approaching a work of art (guidelines which would, themselves, be inherently open to critique?).

I think we also need to remember that art blogs — which are the context in which much of the ‘unsubstantiated commentary’ type of arts writing takes place — are an altogether different beast from newspapers, magazines, or art journals. From their inception blogs have always been about commentary derived from a personal standpoint (which is why Museum and institutional blogs are often so boring to read). It’s not really fair to criticize art bloggers for their lack of objectivity, or for not holding to certain journalistic or critical standards. Now, websites that self-consciously follow the model of a magazine or newspaper are a different story.

Oops. My own internal editor just told me it’s time to shut up now. Just go on over and read, and rant about (or maybe just muse on) the above-linked posts. ‘Nuff said.