Bad at Sports exhibition at apexart opens this week! With extra special guests!

Over the past two months everyone at Bad at Sports has been in a frenzy preparing for the exhibition, “Don’t Piss On Me And Tell Me It’s Raining” at apexart in New York. The show was a bit of a last-minute golden opportunity, so details have been scarce, but we now have the full scoop on what’s in store, and it’s pretty awesome. (You can keep up with Meg, Duncan, Amanda, Tom and Richard throughout the show’s installation and opening events by following Bad at Sports on Twitter and the hashtag #basapex.) The exhibition features over 100 objects, images and ephemera that will serve as a visual complement to Bad at Sports’ considerable audio archives, submitted by Bad at Sports contributors and guests of the show, including:

The exhibition also features three related exhibition talks, all of which are free and open to the public.Â  They’ll all be rebroadcast on upcoming episodes of Bad at Sports’ podcast, for those of you not able to catch the events in NYC. 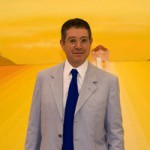 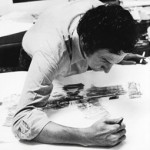 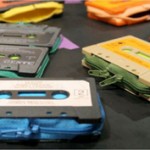 Thursday, April 8, 6pm. On the eve of Deitch’s departure from New York, Carlo McCormick will talk to Jeffrey Deitch about his time and legacy as one of the most visible, dynamic and controversial players in the New York art world.

Tuesday, May 18th, 6pm. Impractical Labor in Service of the Speculative Arts is a membership organization for those who make experimental or conceptual work with obsolete technology.

You can download the exhibition brochure, which features a conversation between co-founders Duncan MacKenzie and Richard Holland about the history of Bad at Sports, here.

Last but not least, the all-important details on the opening reception! This Wednesday night!

Don’t Piss on Me and Tell Me It’s Raining

Organized by Bad at Sports