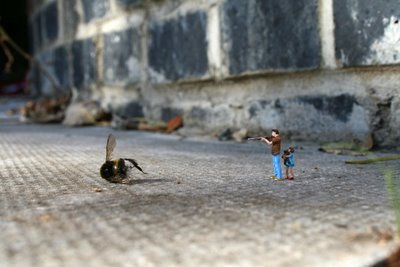 *The story behind Klan-themed Quilts.

*How to practice green visual criticism (via The Groundswell Blog).

*Art21 has a really interesting article on the issues that arise when installing and conserving Jenny Holzer’s works.

*Eight cities whose future is in serious doubt.

*I’m a Photographer, not a Terrorist! (Via Boing Boing).

*In Malibu, California, someone actually busts out the phrase “go back to the Valley!” in all stupid seriousness. You go, L.A. Urban Rangers!