This coming Saturday evening (that means tomorrow night people), Floor Length and Tux (aka FLAT), the Chicago project space run by EC Brown, Catie Olsen, Michael Thomas and Meg Duguid will host a one-night only event they’re calling “Untitled Circus.” There will be refreshments and much conviviality and music and some free CD giveaways, but what I’m most interested in with respect to the proceedings is the compilation of critical writings on Chicago’s thriving apartment gallery scene that Brown et. al have solicited from a number of Chicago artists who are deeply invested in it.

These booklets, which contain essays written by Caroline Picard (Green Lantern Gallery/Press), Liz Neilson (Swimming Pool Project Space), Eric Mays (Roots and Culture), Lucia Fabio (of the late lamented Mini Dutch) and many many more luminaries from the scene will be distributed via a spinning magazine rack owned by Mr. Thomas. With the kind permission of the writers, we’ll be posting some of these essays here next week for the benefit of those of you living outside of Chicago – think of it as a kind of “mini-series” / online symposium on Chicago’s apartment gallery scene, made possible by the ingenuity and generosity of the FLAT folks and, of course, all of the participating writers.

Over email, I asked EC Brown, Michael Thomas and Meg Duguid to answer a few questions about the event. Their responses follow. Check out the Circus for yourself tomorrow night, Saturday, December 5, from 7-10pm, at 2332 W. Augusta #3F.

What will FLAT 4: Untitled Carnival consist of beyond the distribution of the booklets? Will there be a discussion? What can people expect to see/experience?

Michael– In short, an appropriation of a domestic space situated within a bulwark of spritely installation and a modicum of performance, all hyperfluent and party gay. Think Norman Mailer with a purse.

Meg — Well using the booklets as a jumping off point for the evening events is a little like cutting into a slice of pie and discovering that it is a cake. This exhibition features pies disguised as cakes, hotdog balloons, pretzels, a tub of popcorn, a horse race, a view of the window next door, a Trojan elephant, a purchase of red high heels, dresses that will turn Meg and Catie pink over the evening, and a map of what it all means created out of gingerbread. Meg will also be opening Clutch, that evening which is a year long curatorial project that will be taking place in her purse. Catie is her fist exhibition. The booklet will be a part of displayed on a classic spinner rack in the middle of a good old fashioned apartment show.

EC – Michael’s old Dogmatic magazine rack will hold the printed materials, and this will be a static object in the midst of the more gregarious and stream-of-consciousness shenanigans that Meg and Catie have planned.

How did you go about choosing the people you asked to participate?

Catie–The artists we ask to participate in FLAT shows are people who we feel will continually shift the directions that FLAT can go towards. We’ve met a lot of diverse artists that we hope to both showcase their work in a show as well as developing our ideas in relation to their current goals. We aim to work with artists from both Chicago and other cities to broaden the spectrum. It is an exciting moment to hear inspirations from our colleagues and to integrate these into our work and also to share our motivations that may influence their work as well. Building relationships and discussing ideas over casual meetings build a warm art community that capacitates all those involved.

EC — We select artists that we are interested in working closer with. We arrange dinner and wine sessions, and find mixtures of both direct collaborations and oblique influence. It’s meant to contrast our usual experience with organizing artists (such as with Spiderbug and COMA) where artist contacts are limited to a couple of emails generally.

Can you share some of your own thoughts about the apartment/domestic space scene in Chicago?

Michael–First, lest there be any confusion, the program is not about these writings. Neither serves as an apt illustration of the other, they are joined only in the space they will share. Furthermore I’m not in the least bit frustrated with these spaces. Most are not galleries per say, nor are they museums, so any off the shelf critical model that can be waved at them doesn’t apply. Generally speaking, they each have different motivations, different artists, and their tastes in work fits in the gentle nook between hyperbole and a hard place, depending on who it is you ask, It’s all more content for the grandest tumblelog ever. What is said about one space this week, won’t apply to another space 2 weeks from now. So how can any of it describe one that’s already 5 years gone. The ad hoc boosterism many of us witnessed this summer didn’t have to sort any of this out. So the concern is really, because it wasn’t sorted maybe it won’t be. Or worse yet, it can’t be. Erik is simply trying to address this, shed some light on the floor behind the workbench and get to an errant tool, or two we’ve dropped. I’m merely a support mechanism, asking if he checked behind the trash can yet.

EC — I was aching to read something more critical on the subject, particularly after the excess of love surrounding Artists Run Chicago and early issues of Proximity. For ME, for this FLAT, the show really is about gathering the writings (as opposed to my usual making of paintings/objects) – but I also wanted a tactic in which Meg and Catie can go bonkers and I could simultaneously be involved in something that was very much unlike what they are doing. At the same time, I’m hoping that their shenanigans will demonstrate a stretching of the apartment space model of sorts, which creates a nice rallying point for gathering friends in the scene to write about these matters with a sense of purpose.

Do you plan to further engage the subject matter in the future (after the one night event is over)?

Michael–These spaces exist individually within a larger shared economy. In the art world, New York and LA are places, not individual economies. They share our’s and we share their’s. Any space here is technically influencing this economy by creating resource’s or yielding them. Counted among these resources are artists, audiences, and extension cords. Discourse can expand our understanding of these resources are and how they intersect in the cloud. Determining where we’ve been will help interpolate a function for how best to proceed here on the ground. Like art this will not happen without some risk, trials, error, and still more trials. But without a proper understanding of our situation, resources will continue to flow away from Chicago. A compass is the only real change required right now.

I think Erik’s desire to make these available is a start. A continuing call for individuals to contribute relevant essays on specific topics would push things further. There once was the Othergroup, now archived over on Spaces.org, which was rather too social. Plenty of people followed it but its attrition rate was pretty high when things got angsty. There were regular misunderstandings about how that forum was intended to function, or even why. So something with a defined purpose that generates a relevant critique of these structures and how they function would be beneficial. However a clearing house for musings on group shows, pet peeves, and top ten reasons that the Art Institute sucks would be the wrong way to go.

EC – After the show, I’d like to get these writings on the FLAT site, maybe via WordPress so that there can be commenting. This was really inspired by Michael’s magazine rack, just for this event.

Overall, I would like to see the domestic artspace scene become more challenging for its participants, for the formats to become more varied and dissonant, and for there to be more crossover with these activities in other cities. 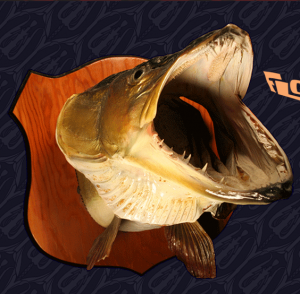