Times are tough, but there’s a lot to look forward to with the coming Fall art season in Chicago. Here’s what Meg and I are most looking forward to seeing over the next three months — and be sure to check out Stephanie’s guide to Friday and Saturday openings below! 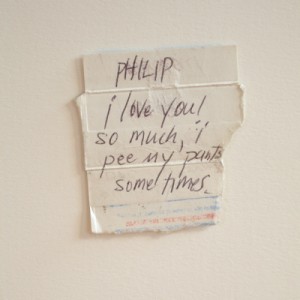 9/11 Philip Von Zweck at ThreeWalls (M, C) The title of this show is “The Fortieth Anniversary of the First Anniversary of May -68 (in September).” Von Zweck is a significant and much-beloved figure in the Chicago art scene who ran a highly respected apartment gallery for a number of years. This exhibition marks his return to a more traditional solo artist exhibition framework. 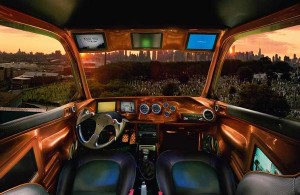 9/11 Luis Gispert at Rhona Hoffman (C) New large-scale photographic portraits and videos by the Miami-born, Brooklyn-based Gispert that focus on immigrant sectors of the American workforce and the search for expressive outlets outside the realm of labor. A three-channel film focuses on Gispert’s friend Rene, a Cuban immigrant who works in a Miami restaurant supply store.

9/11 Craig Doty: Women at Roots and Culture (M,C). The women in Doty’s new photographic series have been described as appearing “physically exhausted as well as ethically or morally debased,” i.e. a wet and shivering woman looking out past viewers with few narrative clues as to why, etc. Given Choire Sicha’s description of Doty as “a sick little pervert” whose previous body of work was “very John Hughes meets John Waters meets John Lydon,” well, let’s just say we can’t wait to see his approach to the subject for ourselves. 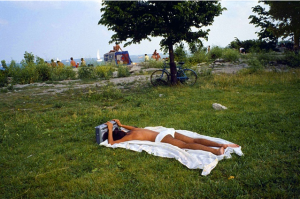 9/12 Doug Ischar at Golden (M,C). A body of work from 1985, never before seen in its entirety, is the enticement here. Ischar’s show is titled Marginal Waters and features images taken in Chicago’s now-defunct Belmont Rocks.

9/19 Jonas Wood at Shane Campbell Gallery (C). He’s from L.A. and showed at Black Dragon Society, plus he’s collaborated with painter Mark Grotjahn…for now, that’s all I need to know to want to see Wood’s show.

9/19 Jason Lazarus, Wolfgang Plöger, Zoe Strauss at The Art Institute (M). A show of recent photographic acquisitions of these artists’ works by the Art Institute.

9/20 Allen Sekula, Polonia and Other Fables at The Renaissance Society (C). New photographs by anti-globalization hero Sekula that focus on Chicago’s rich labor history, its Polish working-class population along with The University of Chicago’s famous lineage of economic theorists. Heady yet vital stuff from this woefully under-recognized L.A.-based artist. 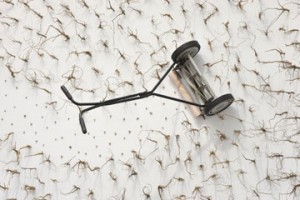 Greely Myatt in Heartland at Smart Museum of Art

9/30 Heartland at the Smart Museum (C). Co-organized by the Smart Museum of Art and the Van Abbemuseum, a survey of artists from the Midwest aka the American Heartland. Hopefully it’ll subvert the syrupy connotations of it’s title, or at least be the kind of show that people argue, bitch and moan about rather than simply ignore.

10/2 – 10/4  Western Exhibitions and Golden Age at the NY Art Book Fair (M). The only event to make it to our list that is not in Chicago. If your in New York at the beginning of October check out two Chicagoans holding it down at the Fair.

10/8-21 Chicago International Film Festival (M) In it’s 45th year the film festival the two week festival is the hub for all film fanatics. This festival might be the only time to catch certain films so be sure to check out their schedule in advance.

Jeremy Deller at The Museum of Contemporary Art

10/10 Jeremy Deller: It Is What It Is: Conversations About Iraq, at the MCA (M) Commissioned by The Three M Project Jeremy Deller will invite numerous participants to discuss their knowledge of the Iraq War. Some guest will include verterans, and scholars.
James Welling at Donald Young (C)

10/10 Playing with Pictures: The Art of Victorian Photocollage at The Art Institute (C). I’m a sucker for Victoriana, and this exhibition –the first “to comprehensively examine the little-known phenomenon of Victorian photocollage, presenting work that has rarely-and in many cases never-before been displayed or reproduced” — is probably the one show I’m most looking forward to seeing this fall. A medium mostly practiced by aristocratic women, Victorian photocollage combined human, animal, and botanical forms in all sorts of wacky and whimsical ways, and I’m looking forward to reading the accompanying full-color catalogue to learn more about the ways that female artists of this era approached the form some sixty odd years before Picasso and Braque started playing around with it.

10/13 Alex Halsted and David Moré at Gallery 400 (C). Chicago-based Moré “collaborates” with an elephant nose fish, who emits an electrical pulse as a navigation tool which the artist then amplifies. I love the gallery’s blurb on this show: “This performance duo mixes issues of displacement, communications, commercial sound and inter-species contact in a singularly engaging bio-tech format.” Yep, pretty much says it all.

10/16 In Search of the Mundane at ThreeWalls (M) Organized by Randall Szott and InCUBATE  According to ThreeWalls this series will , “include boozy brunches, a lecture on the art of storytelling, various leisure excursions, and a tour of personal collections.”

Liam Gillick at the MCA

10/17  Liam Gillick Curates the MCA Collection (M, C). We love the way that the MCA is experimenting with the curation of its permanent collection. The MCA has invited Liam Gillick to select works for its next hanging.

11/TBA James Welling at Donald Young (C). New work by L.A. photographer Welling, whose ongoing interest in the experimental and abstract possibilities of photography set his work apart from contemporaries like Sherrie Levine and Cindy Sherman as well as today’s younger generation focusing heavily on portraiture. Welling’s last show at Donald Young featured photograms of flowers and “torsos” (the latter actually made out of screens sculpted to resemble human curves) made without the use of a camera; the results were gorgeous, and I’m looking forward to seeing what he delves into next.

12/4 Carrie Schneider at MCA 12×12 (M, C) Often using herself as her main character, Schneider melds several genres of art-making including body art, performance, self-portraiture photography and film in images that are haunting, creepy, and hallucinatory in their resonance. If someone ever gave Schneider a huge project budget she could give Matthew Barney a run for his money, but for now we’ll look forward to seeing the new short film Schneider plans to premiere in her first solo museum outing at the MCA. According to the MCA’s website, the film, made in Helsinki, Finland while the artist was there on residency, continues the artists’ ongoing exploration of doubled selves and the uncanny.