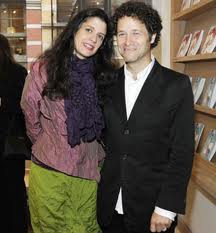 Ramirez Jonas has said of his work:

“I create as I speak: I consider myself merely a reader of texts. The pre-existing text I treat as a score: a diary, an old photo, a footpath, music, etc. The reading can take the form of performance, sculpture, photo, or video. Thus, a musical score results in a sculpture, a diary, in a video, or the plans for a flying machine in a photo. In my works, what looks like invention is but re-enactment. Being a reader, don’t I have more in common with the public than with the author? I find that commonality in working with pre-existing materials.”

Currently, Ramirez Jonas sees his role as “extending beyond the private reader, and into someone who invites viewers to join in. The result of this shift is the reassertion of a contract between the artwork and its public.”

In 2008 at the 28th Sao Paulo Biennial, Ramirez Jonas arranged for members of the public to a receive a key to the front door of the biennial venue, the Ciccillo Matarazzo Pavilion. Each person who received a key was required to leave behind a copy of one of their own keys as well as sign a contract that established an agreement between themselves, the curators, the artist and the biennial foundation.

For the 7th Mercosul Biennial in Porto Alegre, Brazil in 2009, Ramirez Jonas altered three large boulders by carving into them a space for monument plaques to be placed. Instead of creating permanent monuments to a State honored figure or event, he turned the monuments into platforms for cork boards for the fleeting message or personal note-the ephemeral voice of his public.

In the summer of 2010, Ramirez Jonas created the Key to the City project in New York City with Creative Time. Though keys were only distributed up until June 27, the locks will remain accessible throughout the summer, until September 4, 2010.