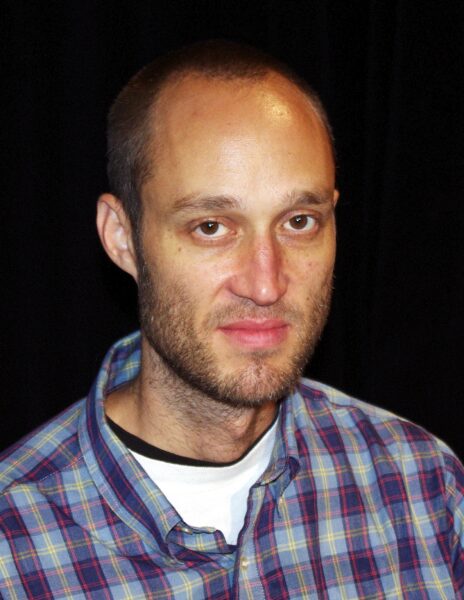 This week: Richard and Duncan talk with Anders Nilsen.

Anders Nilsen was born in northern New Hampshire in 1973. He grew up splitting his time between the mountains of New England and the streets and parks of Minneapolis, Minnesota. He was weaned on a steady diet of comics, stories and art, from Tintin and the X-Men to Raw, Weirdo, punk rock, zines, graffiti and regular trips to art museums.

Nilsen studied painting and installation art at the University of New Mexico in Albuquerque, also making comics and zines mostly outside class. In 1999 he started photocopying strips from his sketchbooks, self-publishing them as Big Questions #1 and #2. That same year he moved to Chicago to do graduate work at the School of the Art Institute. In 2000 he turned an artists book heâ€™d done in undergrad into his first properly printed book, The Ballad of the Two Headed Boy, with a grant from the Xeric Foundation. The same year he took advantage of an offset lithography class at the Art Institute to print the third issue of Big Questions, with all original material. In 2000 he dropped out of graduate school to do comics on his own. He received grants from Chicagoâ€™s Department of Cultural Affairs to publish the next three issues of Big Questions.

Andersâ€™ comics have been translated into a number of languages. He has exhibited his drawing and painting internationally and had his work anthologized in Kramerâ€™s Ergot, Mome, The Yale Anthology of Graphic Fiction, Best American Comics and Best American Non-Required Reading, as well as The Believer, the Chicago Reader and elsewhere. Other titles by Nilsen include Dogs And Water, Donâ€™t Go Where I Canâ€™t Follow, Monologues for the Coming Plague, Monologues for Calculating the Density of Black Holes, and The End #1.

Nilsen keeps a blog at themonologuist.blogspot.com where he posts occasional new work, and a website with examples of past work and various illustration heâ€™s done at andersbrekhusnilsen.com.

He currently lives with his cat in Chicago, Il.