If Don Colley’s drawings were movies, I’d be first in line to see them. The Chicago-based artist’s noirish, grab-you-by-the-throat depictions of evil clowns, brawling boxcar hobos, and flamboyant carnie types are intensely cinematic, evoking angsty narrative scenarios that are part Nicholas Ray, part Coen Brothers, and part Mad Men, with a dash of Bruce Nauman thrown in for good measure. They’re sinister and alluring, able to suggest entire storylines within a single drawing (many of which are seen in close-up, tightly wrapped in beautifully carved wooden frames that are themselves reminiscent of artisinal tramp art).

Colley’s drawings and paintings can currently be seen in Midwestern Blab! (on view through July 22nd at Columbia College’s A+D Gallery), an exibition of five Midwest-based contributors to Monte Beauchamp’s Blab! magazine. There are some terrific large-scale works by Colley there that can only be seen in the exhibition (photography was not permitted in the gallery) so if you’re in the Chicago area, try to check it out before the show closes in a couple of weeks. 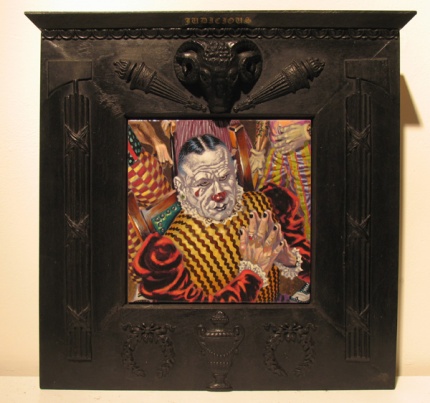 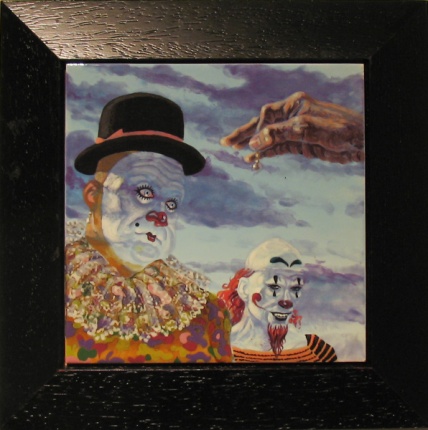 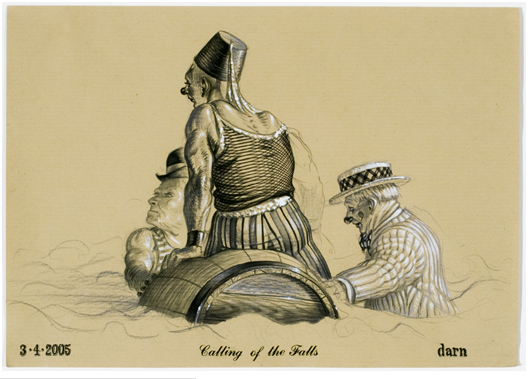 Calling of the Falls 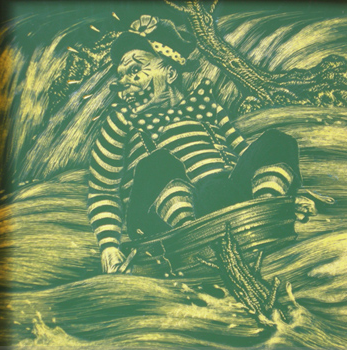 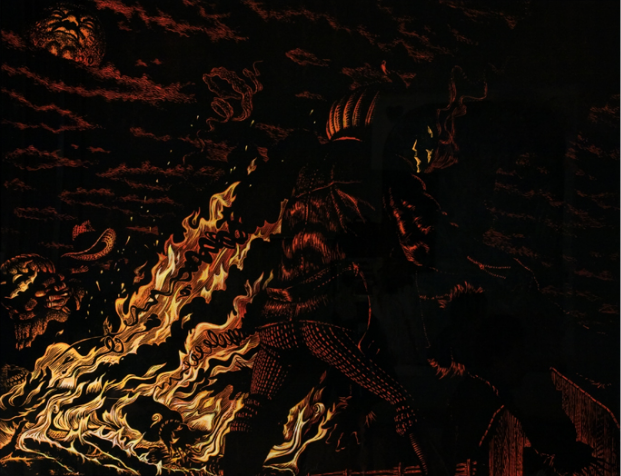 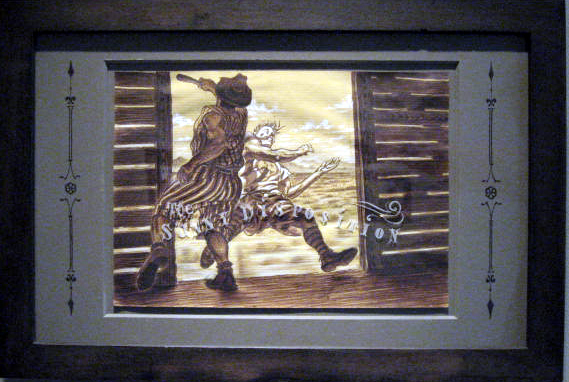 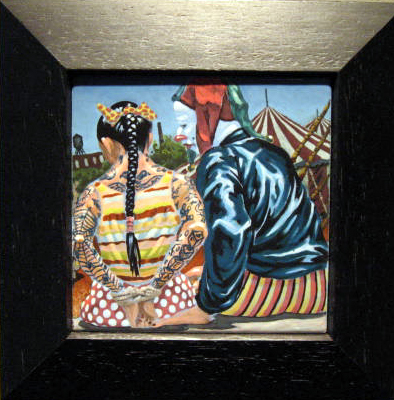 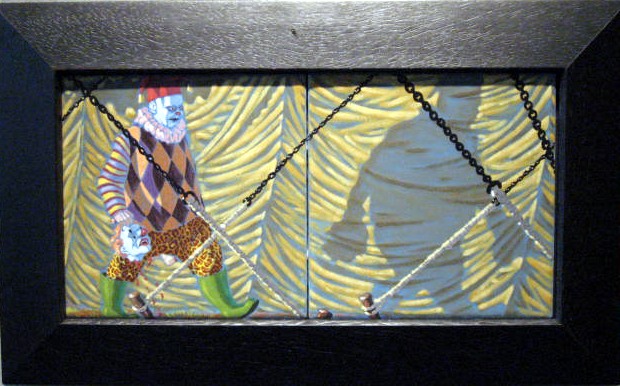 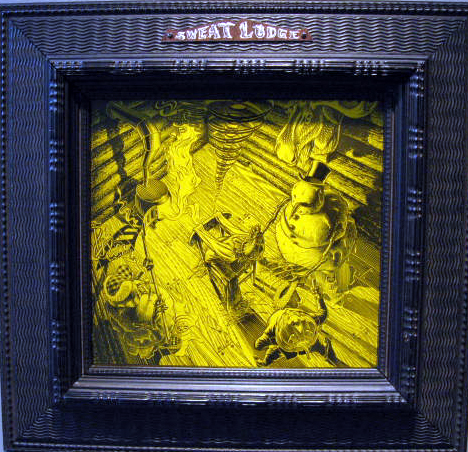 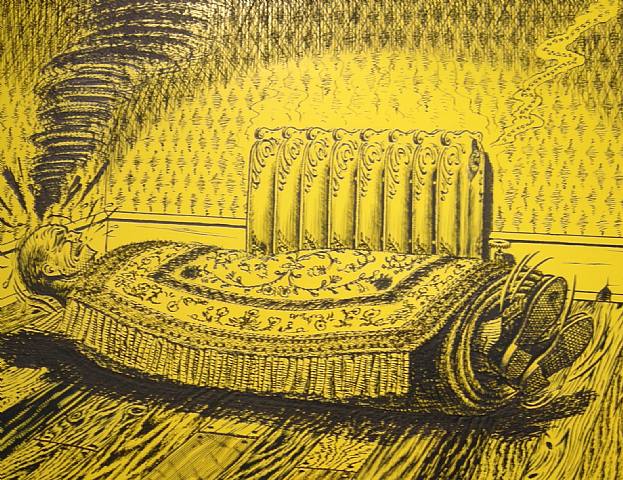 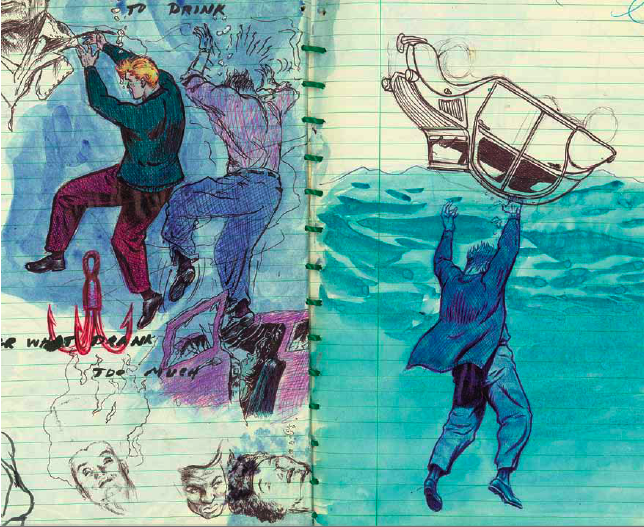