A Taste of Chicago’s Renaissance: Noname at Metro Chicago 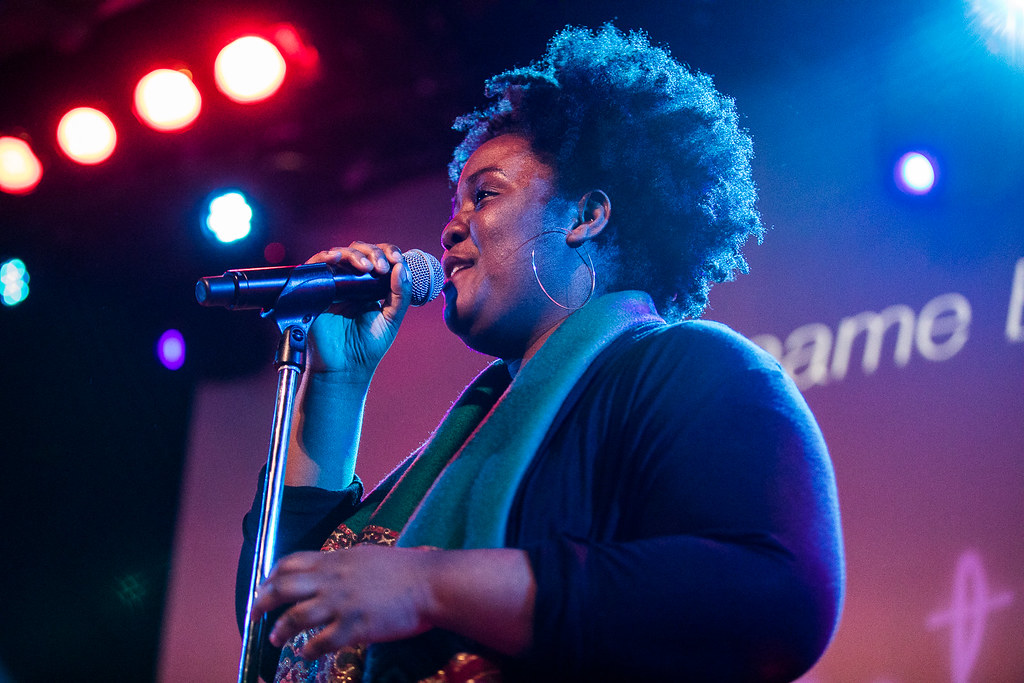 Poet, singer, and song-writer Akenya Seymour opened the show with jazzy renditions of R&B classics like No Diggity by Blackstreet and Lost Ones by Lauryn Hill. While adding a refreshing flare to some of Hip Hop’s crowd favorites, she also showcased some of her own captivating original music. Her animated gestures and facial expressions had the affect of filling the packed concert hall with the creative wonders of black girl magic. Akenya’s eclectic vocal range gracefully moved from high-pitched tones to deep sultry sounds, reminiscent of a nascent Amy Winehouse.

Ravyn Lenae, a 16 year-old artist from the South Side of Chicago, dominated the stage with her petite frame, as her soothing voice captivated the audience. Claiming to be inspired by vocal legends like Erykah Badu and Indie.Arie, Lenae elegantly sang refreshing covers of well-known R&B hits like Solange’s Cranes in the Sky and Badu’s On and On. She was not shy in inviting the audience to sing along with her as she crouched down to meet viewers at eye-level. 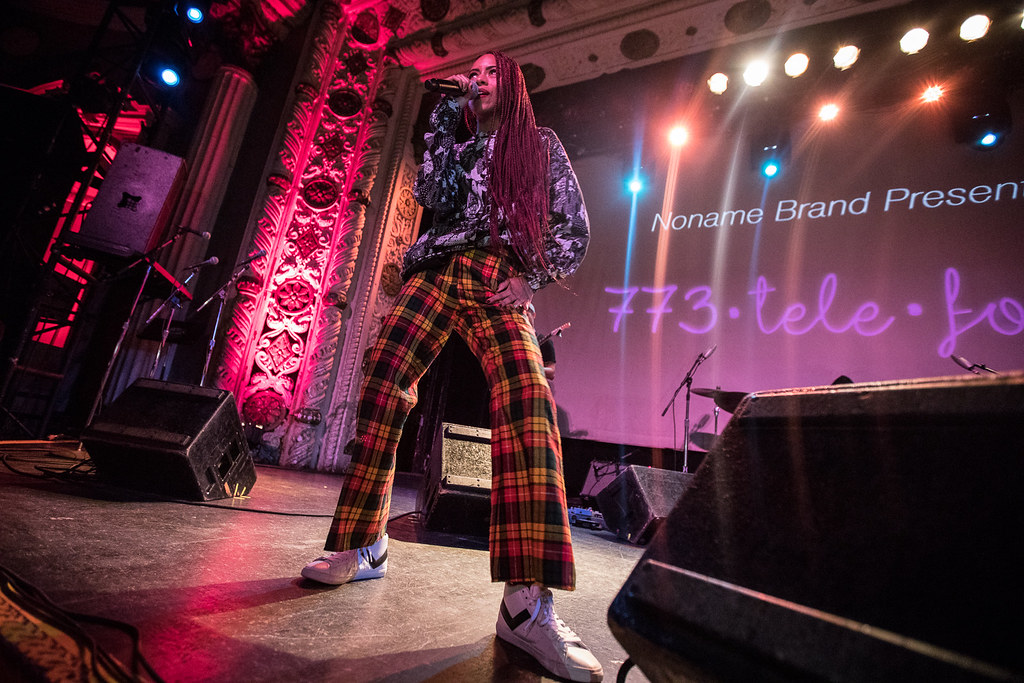 While both artists had a plethora of their own music to perform, Seymour and Lenae were gracious in dutifully paying respect to the influential R&B legends that came before them. This pretense to the headlining performer for the night warmed audience members up for Noname’s enchanting performance. Once Noname hit the stage to perform songs off her latest album Telefone, the audience was ready to appreciate the rigor of her craft even further.

The completeness of Noname’s performance, from the visuals to the live band and back-up vocals, demonstrated the innovativeness of her artistic practice as a musician. Her laid back energy paired with the rapid speed of her lyricism kept the audience comfortable, yet engaged. The candidness of her delivery, almost as if she were excitedly telling a story to a close friend, made her lyrics come to life. This tone fit well with the theme of her album Telefone, meant to simulate sincerity of learning about a love interest through phone conversations.

The complexity of her emotional expression through music was communicated through the dynamism of her vocabulary. A verse like, “Contemporary overzealous think I really like you//Sing with me, sing with me paranoia light blue,” allowed her beginnings as a poet shine through. Her word choices were the most playful in the song “Diddy-Bop”

Run, run, run, mama say come home before the streetlights do
Ice cream on my front porch in my new FUBU and my A1’s too
Watching my happy block my whole neighborhood hit the diddy bop

Like the lyrics above, her songs discuss a wide range of topics, from fame, summer love, loss, to the sorrows Chicago violence. 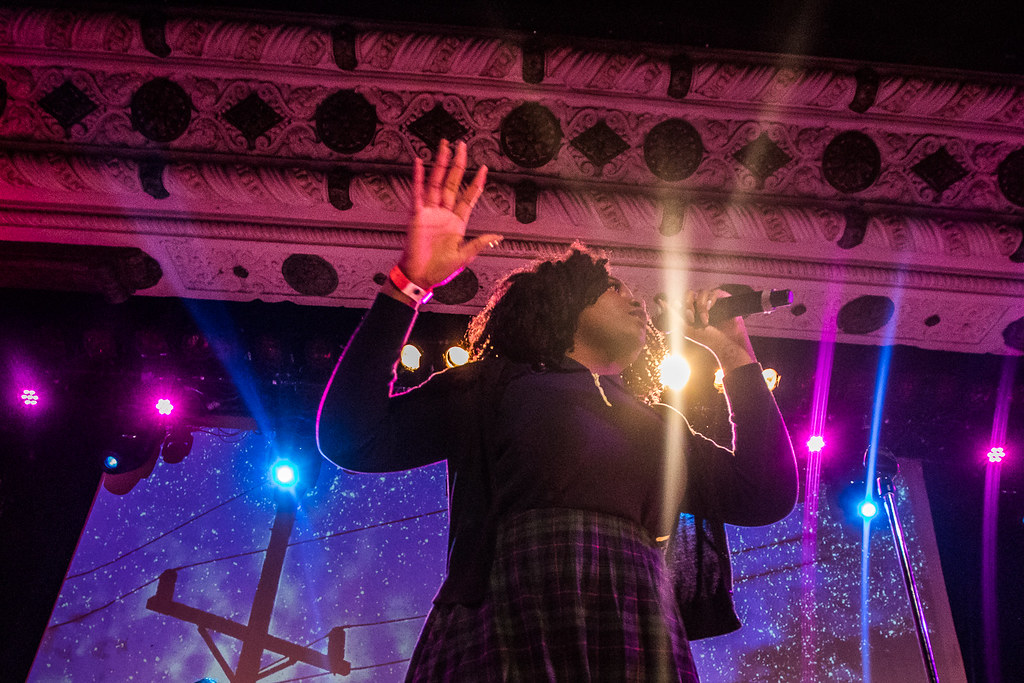 At the tail end of her performance she had to pause as she tearfully revealed to the audience that she was dealing with the death of friend and Chicago rapper John Walt, also known as dinnerwithjohn. At this moment, a powerful visual of Walt was projected behind her as she courageously stated, “I’m not going to act like I’m not human.” While this moment was sad, it gave her performance an even more gripping importance.

Noname’s honest execution of her songs, full of optimism and sorrow, made it clear that music and expressive lyricism serves as more than creative outlet that inspires her. Her debut album Telefone is meant as an expression of self-care and self-love for both her and her fans.