Why do I give a shit about art?

Zona MACO and Material, the fairs that ran more or less concurrently the first week of February here in Mexico City, helped synthesize a number of threads floating around in my mind since arriving here. Those threads: Boris Groys’s essay “On Art Activism,” published in e-flux shortly before I moved, a talk by Donna Haraway that a friend e-mailed to me, and the thought, in general: why do I give a shit about art? Do I even?

We arrived at Zona MACO an hour before it shut. I was surprised that I was there: a few days earlier, in an impassioned speech to Andrew Choate, I had said something like, you know, this fair is in this posh neighborhood that you have to own a car or a chauffeur or have a chauffeur who’s driving your car or whatever to get to, it’s only accessible to the very rich, fuck the rich and fuck their art, they can keep it. So anyway, there we were, at MACO, the phenomenal lighting making the average MACO-goer’s Lacoste polo shit look gorgeous and my oil-stained clothes look ratty as hell. We moved fast, visiting only galleries where one of us knew somebody. I didn’t think about anything or really look at anything: Maurício Ianês at Y Gallery was visually striking but maybe a little hamhanded, but then again given the subject matter maybe it’s ok to be hamhanded, maybe nothing else will ever work; Debora Delmar Corp at DUVE Berlin was actually kind of beautiful in person, although I guess I can see why some jackass gave it “worst of MACO,” because, I don’t know, no marble? no expressionist lines? who cares, I’m sure that guy would prefer a show of staircase pineapples thickly streaked with paint or blood in a really emotional way; at Chert, Petrit Kalilaj was a little scattered, but also maybe hilarious and heartbreaking; I heard a funny story at Gaga and wondered how Labor won the 1800 Tequila prize and what that meant—how it would affect my life. Then we left past an army of art handlers ready to pounce. 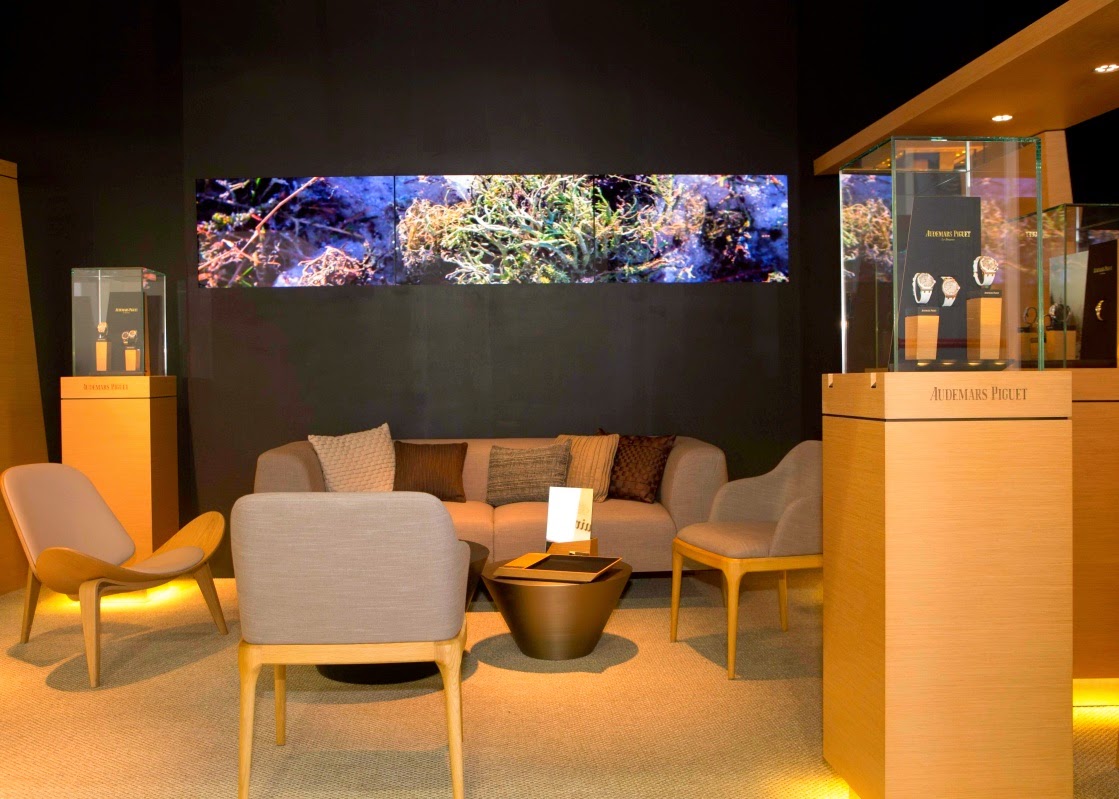 some furniture at MACO

A few hours earlier I had been at Material, the satellite fair that first happened last year. I had no thoughts at Material, either, I was too hung over and tired. I didn’t have the coffee I needed until after I left. I talked to people, which I usually don’t. I talked to Aaron Harbour and Jackie Im and liked how weird and gross but also really appealing Chris Hood’s paintings were; I talked to Steve Kado at Kunstverein Toronto and was totally freaked out by how similar his speech pattern is to another Canadian I know; I talked to Travis Fitzgerald and Josh Pavlacky at American Medium, who were extremely congratulatory and very friendly about a performance I had done at Bikini Wax the night before, two stories above a great video by Skip Arnold—not the one below. It was also the only show/booth/experience I spent more than ten minutes in during the entire week. Anyway, I didn’t talk to anyone at Queer Thoughts, but I wondered if their desk was intentionally positioned in their booth such that you couldn’t really look at David Rappeneau’s drawings without putting your ass in someone’s face. Everybody I talked to, well not everybody but a sizeable sample, mentioned that both sales and attendance had been slow, and either Travis or Josh said something like, “I don’t know why they even call this an art fair, they should call it something else.” For this sizeable sample, it seemed like the opportunity and experience to meet other people interested in similar art, to talk and hang out and party or decide not to party, was as or more important than actually selling anything. Then again, everybody needed to sell things.

Wine is vastly more enjoyable, or more able to be enjoyed, if you know what the hell is going on with it: where it came from, what grape(s) it’s made out of, what year it’s from, what things taste like from that place, from that grape, from that year. It helps also to know how it was made, using what process, where the winemaker used to work. You have to spend time reading, learning, tasting, feeling like an asshole for not knowing, feeling like an asshole for knowing, that kind of thing. It’s certainly possible to have a good time with a glass of wine knowing nothing at all, but in order to have a great time, to have an interesting perceptual experience or a moment where you feel like you are suddenly the fucking king of everything, a feeling which wine is uniquely qualified to deliver, you have to know stuff. Sometimes it’s also nice to know little narrative bits, too, you know, how these winemakers make a big deal out of paying their grape-pickers fairly, or how this is the only woman wine-maker in her region, so on and so forth, but this sort of narrative is usually reserved for the selling of wine, by winesellers like I used to be, and is usually delivered in the same tone of voice, with the same cadence, as the art spiel.

This champagne is really good

Which I guess is why I’ve been wondering: what differentiates a photograph from a bottle of wine? A painting from an antique chair? Why do I think that an artwork is different, exists on a “higher” plane, than a humidor? A year ago, I badmouthed an LA gallerist for having a side business selling antique furniture. I perceived the proximity of the antique furniture practice and the gallery practice as some kind of affront, some kind of insult to art. Like art belongs in a different moral/ethical universe than chairs, or wine, and treating it as if it were the same kind of lifestyle commodity is somehow dirty. Now I’m not so sure. Maybe it’s a good dirty.

In “On Art Activism,” Boris Groys draws a distinction between the aestheticization art performs versus the aestheticization design performs. For him, design takes the tools—a hammer, a speech, whatever—of the status quo and makes them more attractive, more usable. Now you, too, can get rich making videos on YouTube advertising our products! That kind of thing. Art, on the other hand, takes the status quo and presents it as a relic, as something already dead, useless. For Groys, this lends art a degree of political agency insofar as it treats the status quo, which is always impossible to imagine ending, as already over, a fossil. In Donna Haraway’s conception of our current epoch, the “capitalocene,” ruled and primarily defined by the processes and logics of capitalism, the production and exhaustion of fossils is paramount. What for Groys is the possibility of political action for art against the status quo, is for Haraway is the very fuel for the status quo. I’m tempted to believe them both: while art has the potential to cause problems within the status quo, it is ultimately an integral part of it, consumed, traded by, conferring status upon a small superrich class that controls the vast majority of the globe’s wealth, right alongside furniture (also a part of Zona MACO), boutique alcohols (also a part of Material), and so on.

I’m wondering, actually, if maybe this idea that art has some kind of actual political efficacy, that it can “change the world,” is maybe the last vestige of the sort of 18th/19th century romanticism that moved art somewhere—up, definitely—different than, say, furniture or wine, that it delivers something different, something more, something to do with morality, something to do with ethics in a conception of “the world” that assumes it to be homogenous, somehow able to benefit uniformly from a single given action or idea that moves—ineffably, certainly—from the particular to the universal, a movement governed by a set of rules, standards of taste, beauty, and judgment, that it was assumed every “good” work of art, or “good” person, could be shown to follow.

At the outset of “On Art Activism,” Groys dismisses claims that activist art is bad because it is “bad art” — that is, it looks bad or doesn’t exhibit technical mastery. “In the twentieth century,” he writes, “all criteria of quality and taste were abolished by different artistic avant-gardes—so, today, it makes no sense to appeal to them again.” If MACO and Material made me feel anything, it is that I hope that the avant-gardes of the twenty-first century can make equally obsolete the idea that an artwork can or should have some kind of ability to move itself and/or its viewers into some kind of universal realm of political agency, because there is no “universal” any more than there is “the world,” and any politics that depends on the universal—”the world”—is necessarily self-defeating. I hope that we can forget the Enlightenment and become total fucking idiots or squids or cyborgs or really anything non-Enlightenment-human, and try something else, because that shit did not work at all.