Move over cheese, there’s a new sheriff in town. Lately the Driftless region of southwest Wisconsin has been teeming with performance art.

Leading the charge was Local Honey, an artist from New Orleans who took “glamping” to previously unseen heights. Local was always on, activating every space and green leaf on the property as their step and repeat. WTT? sincerely hopes to see a series of images from Local Honey out soon. 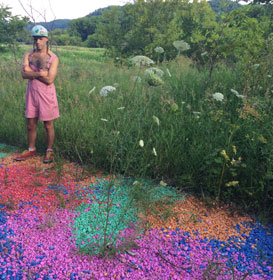 Local Honey on the first day of Session 2.

Performing on August 1st, Sanaz Sohrabi also used the expansiveness of open space to background her performance at the River Cabin. Using audio recordings for the first time, Sohrabi’s text whispered at the audience, “Beyond this coating of the ground, whatever it may contain or conceal, there lies another piece of land, stretching to the horizon, open sky and speeding clouds.” That same evening at the stage, Thomas Friel’s also went to great lengths, promising extraordinary wealth if only you could get it up. 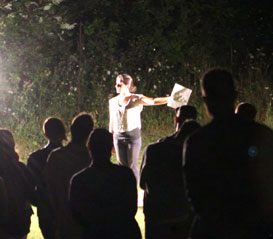 On the subtler side, Kittisak “Wa” Chontong offered himself as an assistant and became engaged in a variety of projects during the two week residency, including the People’s Pasta, Virginia Aberle’s sculpture, and Sonja Dahl’s Ice Coffee Cart. 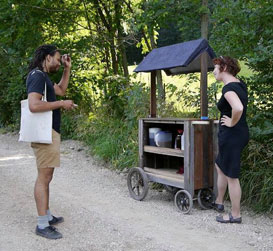 Inspired by her trip to Indonesia and the fact that hanging out is a part of daily life everywhere, Dahl’s multipurpose coffee/cocktail cart delighted anyone who encountered her dragging the hefty wooden cart across the residency campus. The addition of a second pair of wheels was a must.

Local residents in the neighboring towns of Stueben and Boscobel seem unfazed. Bob of “Bob & Lou’s” was reported to have said, “Those weirdos? What else is new?” and Boscobellians retorted with their own avant garde performance, a “Muskets & Memories” Civil War Reenactment featuring a Battle Royale and Ladies’ Garden Party (period dress required).

Session 3’s residents have yet to reveal if they will carry the torch. 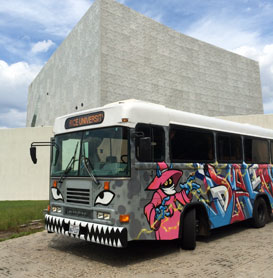 There’s a street art bus on the loose, and it’s coming for you Chicago. After first arriving at the Poor Farm to present work by Rahul Mitra and David Krueger, the keeper of the bus, Christopher Sperandio, hit the road with Duncan MacKenzie and your faithful gossip columnist, to see ACRE, the Walker and ended up in Chicago last Friday where it will be prepped for an exhibition at A+D Gallery running August 14 through September 20. Oh, and did we mention the exhibition is also hitting Milwaukee at the same time using the bus as a conduit? 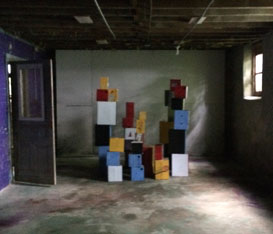 Work by Rahul Mitra at the Poor Farm.

A converted Blue Bird, the bus itself is quite a site to behold. Built as an escape pod for Houston resident, Sperandio, the roving artist residency can accommodate 5 artists (soon to be 6) and has already traveled 2,000 miles on it’s tour of the Midwest.

Look out for Sperandio and his art chariot around Chi through September.

Who Wore it Better? 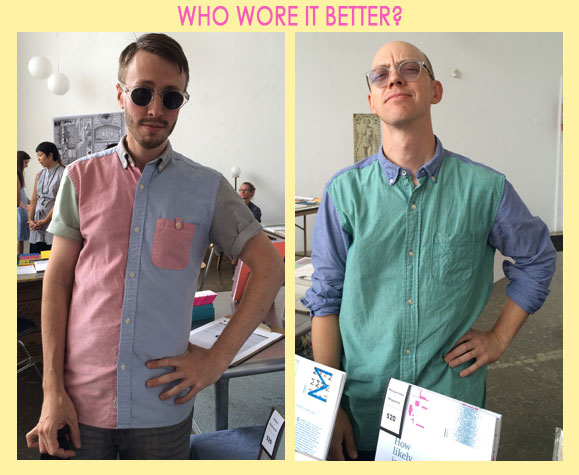 Color blocked chambray and clear framed glasses? So nice, we had to see it twice. Artist Andrew Holmquist, left, and Nick Butcher of Sonnenzimmer, right, at Medium Cool on Sunday, August 10th.

Header image features people having a ton of fun on the bank of the Little Wolf River near the Poor Farm Experiment. 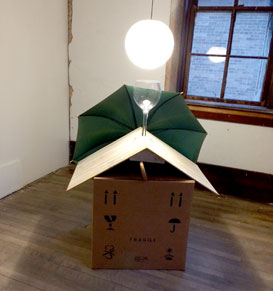 Work by Amikam Toren, presented at the Poor Farm, curated by Nicholas Frank.

Most Epic Tube Ride Ever Proves to be Epic

You may know Brad Killam and Michelle Grabner’s project the Poor Farm as a Kunsthalle style exhibition space (aka an art gallery) built from an actual Poor Farm in Little Wolf, Wisconsin. 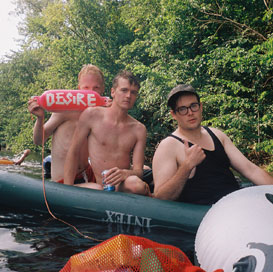 Rafters with a bouy named Desire.

While the opening weekend featured exhibitions, screenings, conversations and readings, the most exciting spectacle of the weekend was without a doubt the annual Little Wolf River tube ride that took place on Saturday, August 2nd.

Several trips back and forth were made by Killam and Alex Regan in order to ferry eager tubers and their neon pink and green tubes to the launch site. The two heroically spent hours driving back and forth to the site all in the name of a good time. 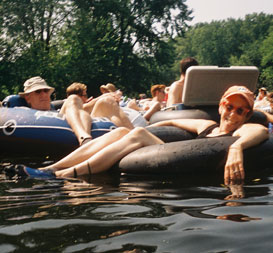 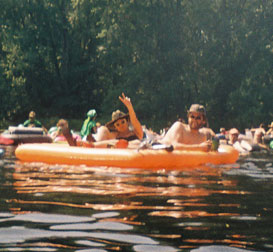 Hosted by Richard Galling and John Ripenhoff, “Lazy River, Keep Showing Me Your Rafts,” was billed as a “a raft building competition and float,” though it is more accurately described as a party afloat featuring a tubin’ boombox, a buoyant beer cooler and a buoy named “Desire.” 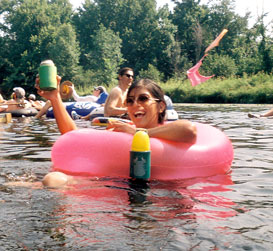 Brittany Ellenz of American Fantasy Classic during the tube.

The ride was a swift 3 hours, with many riders immediately expressing the desire to “do it again!”. Reports on the final head count vary with some putting the number as high as 100 tubers. More conservative estimates report 70-80 tubers, though all agree that the float was the largest ever in Poor Farm history. 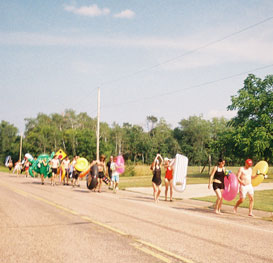 Tubers returning to the Poor Farm. 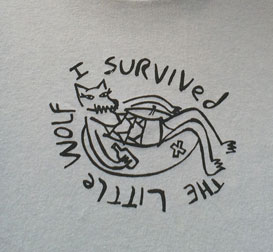 Shirt by Sara Caron, sold at her “Poor Store” during the opening weekend.

This years edition of Ria Roberts’ Medium Cool Art and Object Fair in the West Loop managed to improve an already pretty radical summer occurrence. As soon as the press images came out (featuring the hands of yours truly), we knew that Roberts would pull out all the stops. We wanted EVERTHING but spent our limited allowance on a book by Evan Robarts from LVL3 and a to-die-for Brancusi inspired necklace by Shikama. Here are some other highlights from this years edition hosted by Western Exhibitions on Saturday, August 9th and Prairie Productions Sunday, August 10th. 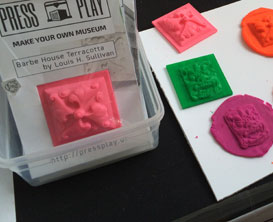 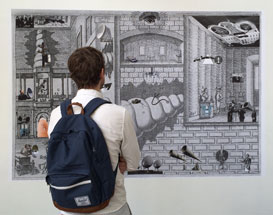 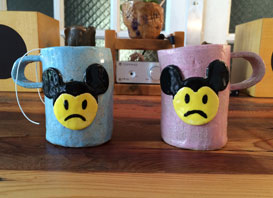 We couldn’t get enough of Menil Kara’s ceramics featured in UTOTEM’s gorgeous booth of artist designed objects and furniture. 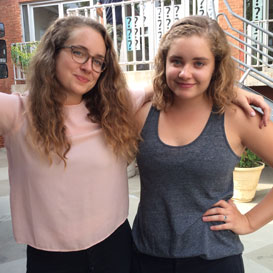 Ria and Ruby Roberts holding it down outside the Doner food truck. 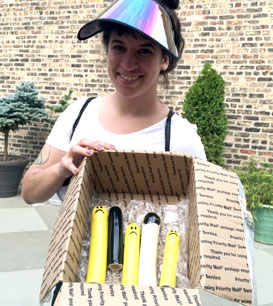 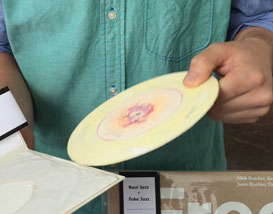 Sonnenzimmer inverse record made from glue. We don’t quite understand it, but we love it all the same.