Punk fashion a must from Paris to Chicago 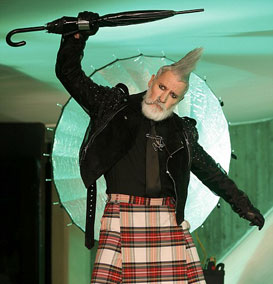 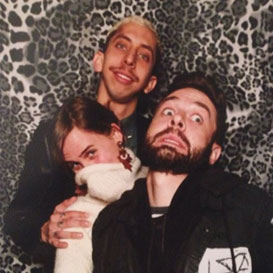 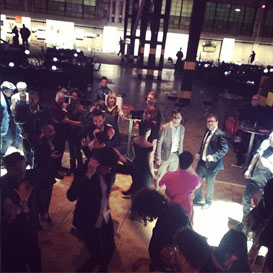 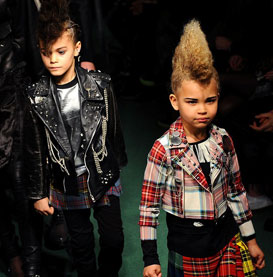 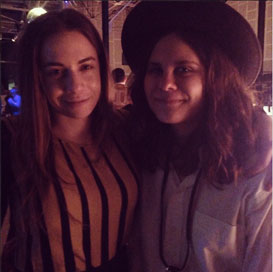 Whoa, is that Patti Smith?! Via Sofia Leiby‘s Instagram. 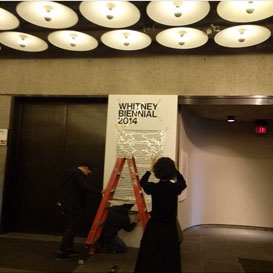 Did some big movie thingy happen last night? Whatever. The real thing weâ€™ve been waiting for is finally here: The Whitney Biennial plus Armory double punch. Chicago is about to be quieter than a John Cage performance and emptier than Detriot as the Midwesterners gear up for their big moment at the WB this week. Nevermind this list of 21 art events in March, the action’s happening in NYC.

Not to be one-uped by Chicago, NYC is countering with their own â€œeverywoman” Whitney Houston Biennial in Dumbo, and raises with the last ever Brucennial, which we hear is also a ladies only exhibition. Looks like women, or at least nods to them, are big in the forecast in 2014.

At least those of us back home in Chicago can take some solace in the fact that the VIP opening is shaping up to be the equivalent of a really good Ren opening. No shade though, WTT? couldnâ€™t be more stoked for the 17 or so Chiagoans in the Biennal. Weâ€™re especially curious to see what cool dad Diego Leclery cooks up, and who doesnâ€™t love a good Elijah Burgher occult dropcloth? Oh and did we mention that you should also totes go gawk at B@S’s own Duncan MacKenzie and Richard Holland doing interviews at Volta?

We’ll be here waiting on the couch until y’all get back.

Artist one up’s the internet.

Header image is a detail of Daniel Baird‘s sculpture in his exhibition Strata at Andrew Rafacz Gallery. 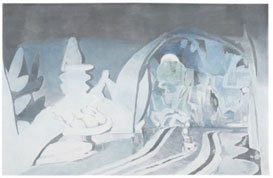 The West Loop felt anything but â€œregionalâ€ at Deanna Lawson’s and Derrick Adamsâ€™ opening at RHG last Friday night. Hour d’erves were passed and the galleries were filled with well suited-up New York banker looking cats. Posh attendees, including artist Mickalene Thomas (both artists first appeared at Hoffman’s in Thomas’ exhibition tÃªte-Ã -tÃªte in 2012) and Bomb Mag editor, Betsy Sussler, (who both flew in for the affair) swirled around the charasmatic and stylish Lawson and Adams, who were just as striking as the work. Blurring the lines between the two, Adams showed up to the exhibition in a herringbone suit and camoflague print button-up that matched the patterns in the trees of his large scale collage works. 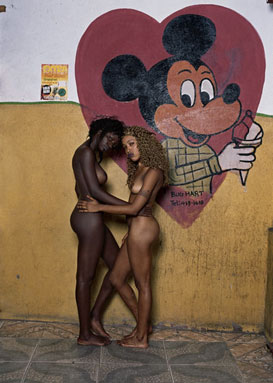 The main gallery was devoted to Deanna Lawsonâ€™s nothing if not sumptuous large format photographs. The most arresting piece in the show is arguably Mickey & Friends <3, 2013, a commanding horizontal photograph of unclad women embracing in front of a Mickey Mouse mural. Mickey licentiously glances over at them. The three nude ladies posing in unison in front of a red velvet curtain was a close second. Lawson even manages to make a simple pink blanket on a red bench look steamy. 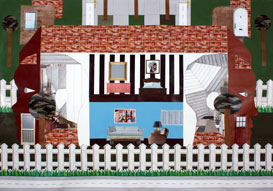 Work by Derrick Adams in “Borough” 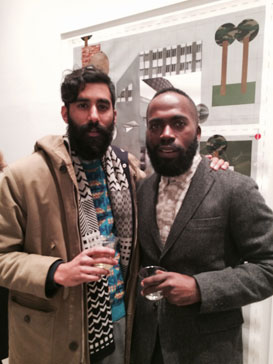 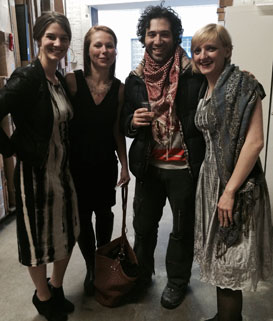 In the front two rooms of RGH, Derrick Adams’ large collages merged the architectural with the psychological. Adams constructed his own “Borough” of homes from elementary school fence decorations, Restoration Hardware catalog furniture, and camoflague pattern trees. Figures are incorporated into the doll houses through fashion mag cutouts, sewing patterns and art historical fragments. Further underscording the metaphorical dimension of the homes are the miniature versions of portraits from Adams’ Deconstruction Worker series hanging on the walls of his own doll houses. The exhibiton is capped by an actual doll house in the front gallery window construced from silhouettes in Adams’ distinctive style. 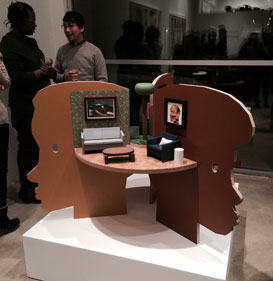 Rhona’s been killing it on the freshness tip lately. The Lawson and Adams exhibitions are on view until April 5th.

Rhona Hoffman Gallery is located at 118 N Peoria St #1A. 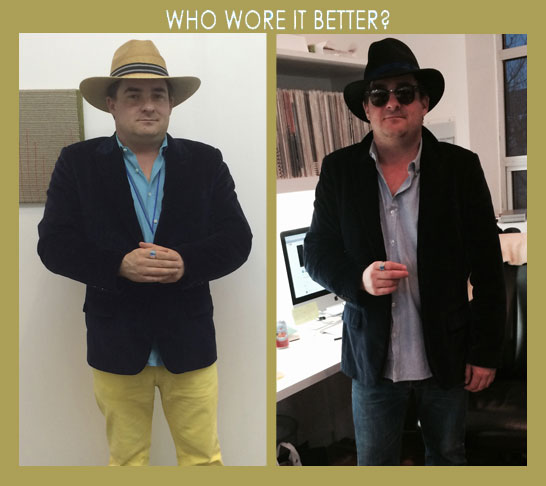 Who wore it better? Mexican Andrew or Chicago Andrew? Did you hear there’s a California Andrew version as well? Rafacz just went public with a gallery he’s opening in L.A. called Loudhailer. 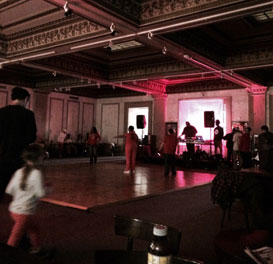 If you work anywhere near the Cultural Center you owe it to yourself to visit for Wired Fridays. We caught footwork master Deejay Earl two Fridays ago and it was pretty much life changing. The “study room” area on the first floor turns into a club with most eclectic midday crowd you’ve ever seen. Best people watching ever, old ladies, footworkers, tourists, you name it. Earl took the bizarre scene in stride and his set was on point.

The Library is Open.

Case of the Vase. Art never makes the headlines unless itâ€™s something bogus like that whole Ai Wei Wei fiasco at the Perez Art Museum in Miami. Be still my Facebook stream. At least this one thoughtful meditation by Ben Mauk on the medias overblown reaction to the case almost makes up for it. Maukâ€™s mention of Damien Hirstâ€™s hundred million dollar monstrosity also reminds us of Rachel Cohen’s fascinating piece for Believer Magazine on the relationship between bankers and artists throughout the ages. Overlap much?

Really though? If you do happen to find yourself in big ol’ New York City trying to fit in at Whitney Biennial Fashion Week, you might want to stock up on ADIDAS pants and slip on sandals with socks. Just remember one thing: no one out-normals Chicago. Weâ€™re not even really gonna get into it but this article pretty much sums up our feelings on the norm-non-matter.

#Your an idiot. Canâ€™t help it, I really feel that “really annoyingâ€”while at the same time making you kind of half smile every time you read itâ€ thing.