When the Tate Britain in London underwent physical renovation, certain parts, essential key points of the museum were closed; places where people would normally walk became unavailable. Messing with the way the museum normally functioned and making people in the building behave differently than they would otherwise, the renovation generated a side effect; people couldnâ€™t move through space the way they were used to and meant to. In the language of architects this is called a â€œscriptâ€- a list of cues we, humans, take when we walk through a building. So when Curator Marianne Mulvey contacted Pratt-trained performance architect Alex Schweder with regards to this temporarily diminished â€œscript,â€ it wasnâ€™t for a casual renovation job but to devise a new kind of script, a different pattern of action.

Late At Tate at the Duveen Gallery Â© Ana Escobar

It is half past six post GMT in the Duveen Galleriesâ€™ large corridor of the Tate Britain. Surprisingly, the gallery is empty: no Rodin, no antiques but the slow swarming of a young and emphatic crowd. The event is called â€œPRACTISE ARCHITECTURE: rehearse here, perform everywhereâ€ a work by Alex Schweder and Lamis Bayar.

A quick glimpse at the old barrel-vaulted limestone gallery to discover, stuck to the wall, in white imprints, short, quick imperative sentences inviting to â€œTouch this wallâ€ or to â€œLook only at this wall and turn leftâ€ or simply â€œExercise free willâ€. And so it went: people interacted with the architecture yet following a different script than what the original would have been. Success. But Schwederâ€™s work goes further.

â€œPerformance: Life bodies working towards an aesthetic end.â€
â€œArchitecture: The construction and dissolution of boundaries between people in space.â€
– Schweder –

â€œSubjects perform themselves differently and in different context depending whether you are a man or a woman. In the way we perform gender we simply take the decision of the room we choose to walk into: is it the one labelled male or is the one labelled female?â€ This concept borrowed from Judith Butlerâ€™s theory of performativity – or the way in which we perform being human beings – is at the core of Alex Schwederâ€™s work.
â€œThrough the history of performance,â€ he explains, â€œarchitects discovered strategies for performing the city in ways that would render it political, within very small interactions and in insertions that were neither costly nor labour intensive to do but with great impact on the populace.â€

Using that same history, it is in 2007 that Pedro Gadanho, curator at the MoMa and Alex Schweder will develop a different approach that will refresh the subject of Performance Architecture. But while Gadahnoâ€™s focus will develop in urbanism opening a more political, almost activist practice, Schweder, having added Princeton University and a Fellowship at the American Academy in Rome to his portfolio, will choose quite a different path.

Interested in the religious embodiment of Gothic cathedrals and the symbol of perfection that the Truvian body represents, Schweder will devise his own theory: relation between bodies and buildings in the way buildings act as mirrors for our bodies when we think of our bodies through buildings.

â€œIn history, the first performances focused on actions that occurred in everyday spaces: you have the audience here and the performer there: the audience watches the performer. With performance art it is often the audience doing the performing themselves. Now, taking this kind of thinking and applying it to architecture; actions and live bodies; situations in every day spaces; if you overlay these two things: the attitude of performance art with architecture, you start to become playful with behavior, with the action, with the program of the building. Thinking of the building having a program – what actions occur within the building – in my work, rather than program I think of performance. Itâ€™s the action of a building with more permission, with more invention by those who use it. You can think of it as either a Jazz musical score as opposed to a classical score which is intended to be followed quite closely, thereâ€™s not a lot of interpretation, or a John Cage score which is even more open ended. Performance architecture is about aestheticizing the action that occurs within the building and using the building as a script for doing so. There is a whole history of architecture involving the body as an example giving a kind of history of how idealized bodies have come to inform the way we design building, building as effigies of those bodies that we would like to have; and then we occupy these bodies that we would like to have.â€

Trying to find ways of insufflating life into architecture, Schweder hatches with the concept of a â€œtime based bodyâ€. Having worked seven years as a mold and leak expert in Seattle for lawsuits as a way of supporting himself, he comes to the point that buildings are alive, uprating much more similarities to our flesh than we want them to; that â€œif a building is time based we will see our bodies in it, if we can notice time passing we can see the body of that building and a building – like our imperfect bodies – rots.â€

This Apple Tastes Like Our Living Room Used to Smell, Dimensions Vary, 2007

In This Apple Tastes Like Our Living Room Used to Smell, 2007, Schweder creates a small bioplastic model of a house. Filled with grass seeds, as time passes, we see the house degrading, decaying, as nature takes over the model. The building is performing itself as a building that changes overtime quickly enough for you to notice its change. Then itâ€™s the epiphany.

Schweder comes with inflatables, such as A Sac of Rooms Three Times a Day, 2007 where a big inflatable vinyl reproduction of the four rooms of an 800 square foot house is stuffed into a 500 square foot bungalow and blown up by fans or in A Sack of Rooms all Day Long, 2009 the work, he explains, â€œis something too big inside something too small, causing the work to continually fluctuate between something recognizable and a jumble of lines. By using inflatables, you would have the same relationship to this structure as you would to a performance: you watch it change overtime. Which in that sense it is very much like a traditional performance.â€

Although questioning dynamics, it would be too easy to brand Schwederâ€™s rationale of dualistic. Understanding architecture as a kind of cue for actions, as something similar to Georges Brechtâ€™s Chair Event, 1960, Schwederâ€™s work is about the ways buildings construct relationship between people. Our Weight Around Us, 2009, an inflatable double settee sofa has only been blown with enough air for only a one settee sofa making it very difficult to sit on it. Furthermore in Counterweight Roommate 2011, we see Schweder attached to Ward Shelley, the absence of vertical circulation system implies that both have to use the weight of the other person to move. â€œRelationship and variables,â€ he explains, â€œcoordination and synchronicity.â€

Now look for Schweder and you might find him here in England accomplishing PhD studies at Cambridge, something he started in 2012. Or maybe you would find him at the Opus Gallery in Chelsea, Manhattan for his most accomplished project on until March the 1st. A scheme of work he started in 2009 in Its Form Will Follow Your Performance borne from the relation of subjects to objects and how do spaces and buildings start to make us think about ourselves, Schweder â€œrenovates peopleâ€™s homesâ€ by changing the way they behave in them. Contacted via an ad on Craiglist or by simple word of mouth, they meet and discuss. Then our performance architect goes to their home and enacts the first performance, writing notes, instructions, that relate to how to perform what the situation is and what it will trigger. The photograph is then hung in their house for tenants to re-enact: in Schweder’s words, the client is thus the author of the workâ€™s final outcome.
In a kind of architectural psychoanalysis session, people give insight on the way they feel about their space and their frustrations – no physical work here, but only written instructions designed to change the way people perform their house. Quite a convenient opportunity that Schweder is currently finishing a PhD. â€œPeople are more likely to come to a doctor,â€ he says.

Its Form Will Follow Your Performace
A5 paper with custom letterhead, Alex Schweder La, occasional passers by, about 1 hour, 2009. 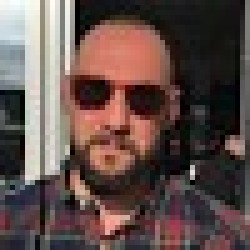 Victor Delvecchio was born in France at the beginning of the 80s. Somewhere stuck in that period of existentialist extravaganza, he will study the arts in Aix-en-Provence University and abandon dear â€œcheese countryâ€ for England, to become an arts journalist and favor obscure and conceptually challenging practices. Currently writes @Lafeuilledecabbage.wordpress.com. London - and outer - weird and wonderful world: Special focus to the foggy edges of popular culture and creative beasts of new newness.