Text on the subject of The Picture Frame and Framing will be delivered in two parts.Â  In this, part one, I spend the first half of the column â€œreframingâ€ some of my previous points according to a creeping necessity I find myself unable to avoid.Â  In the second half of the column, I â€œframeâ€ the discussion that will appear in part two, in two weeks.Â  I really hate the way I used â€œframeâ€ in both of the above cases, but it will do for now.Â  Enjoy.

When initially defining a Move, I think I described something to the effect of a spontaneous and tangible implementation of learned behaviors fomenting the relatively abstract grail of the Finished Piece.Â  I am paraphrasing myself, as is my right.Â  Now, on only my third column, I am plagued with neuroses in regard to my subject.Â  This feeling seems to be a natural result of any extended critical or analytical time spent with a thing, especially when that time includes acts of naming, an inherent feature of this column.Â  I always think of something John Keats, plagued by a seemingly endless multiplicity of truths, wrote in an 1817 letter addressed to his friend Benjamin Bailey.Â  He claims to have â€œnever yet been able to perceive how any thing can be known for truth by consequitive reasoning â€“and yet it must be- Can it be that even the greatest Philosopher ever arrived at his goal without putting aside numerous objections[?]â€Â  Inherent in the very act of â€œphilosophyâ€ or critical thought are every contradiction of a thing, every coexistence, every tangent and negation, all situating that thing, that subject as the center or the intersection of these diverse and often contradictory â€œlines of flight.â€

Case in point, the above quote itself intersects quite nicely with the subject of my last column, Proximity.Â  Specifically, its relevance to what I defined as a pragmatic delineation of relationships as they pertain to notions of totality.Â  It is precisely this sort of pragmatic and inherently creative delineation that allows Keatsâ€™ Philosopher to arrive at his goal, carefully cultivating the intersections that will find his Truth at their center.Â  I ended this last column by asserting that â€œas these contingencies gain intention and subsequently some form of materiality, we must not ask how these proximal points change â€˜conceptually,â€™ that is, poetically, metaphorically, or symbolically by virtue of their Proximity. Â We must ask how they change ACTUALLY: How, by the Proximity contributing to their relationship, the points themselves actually change and take on not merely new meaning but new BEING.â€Â  I cannot stress enough that this text will probably be the most important point I make over the course of any of these columns, especially concerning the purpose of the column itself.

For you see, the source of my neuroses is a potential drift away from the actual.Â  One of the reasons I felt it so important to write the above excerpt was specifically to distance myself from the often too generous reach of a sort of semiotic poesis I often find in aesthetic criticism.Â  I have no interest in metaphoric rhapsody or symbolism, which is why the literal/colloquial sense of the word move is an essential factor in the discussion of Moves and why the physicality of my first columnâ€™s chess analog, while cloyingly cute, is nonetheless an apt description of the Move as actual movement.Â  I am not interested in the allegorical meanings involved in choices of color, composition, relationships of proximity, or other strategic Moves; I am interested in what a color does, in what the composition of a multiplicity enacts actually as it pertains to a workâ€™s materiality. Â The Piece Itself And Our Relationship To It.Â  Thus, it is with this concern for embodiment and the actual that I turn to one of the most harshly embodied moments of my own life to introduce a Move that, in its ubiquitous concretion, affects its own harsh embodiment: The Picture-frame.

Halfway through my junior year of high school, I dropped out.Â  My best friend and partner in formative pursuits of weirdness had graduated and left town and I loathed my adolescent â€œliberal artsâ€ education. Â I resented being forced to read Ayn Rand and Nathaniel Hawthorne and spent most of my day cruising around East L.A. and South Pasadena until art class.Â  I had hair past my shoulders and was failing all of my regular academic classes.Â  Much to my incredibly tolerant parentsâ€™ dismay, I decided to quit school rather than be kicked out or, even worse, forced to repeat the eleventh grade.Â  At my best, during this period, I experienced a clarity of indignance and skepticism fogged only by a pervasive laziness that kept me from just finishing and then further-fogged by a quiet guilt, a suppressed concern for the uncertainty of My Future, fueled in no small part by my parentsâ€™ disappointment, which, to their credit, they made commendably partial efforts to suppress.

My main source of income at this point in my life was occasional work at a local comic book store where they paid me under the table and really only gave me a job because I had been loitering upon their premises at every opportunity starting around age twelve.Â  I began aggressively lobbying for my employment shortly thereafter.Â  The makeup of the group employed by this shop was, for the most part, eccentric middle aged men and, to this day, a truly singular contingency of remarkably smart, tough, and attractive women in their twenties.Â  There was also, of course, me.Â  The cultural knowledge (â€œpopâ€ and â€œotherwiseâ€) that I absorbed as a result of the time I spent with this group is insurmountable, but, needless to say, my position there was not what would be called â€œsteady employment.â€Â  So, underpaid and overleisured (all of my friends were, of course, in school all day) I took an in-store sales job with a nationwide picture-framing chain, which, conveniently, had a branch not but a short bus ride from my motherâ€™s house.

I had applied to work in the back.Â  The art classes at my high school were actually great and I had learned to build stretchers for paintings with some proficiency.Â  I had hoped that my panache with a miter would secure me a happy position with headphones on, woodgluing seams and cutting out mats with the aid of a computer.Â  This, however, was not one of the positions they had open and so I was hastily â€œtrained,â€ given a lecture about keeping my long hair out of my face and not doing drugs at work.Â  I was then locked in a small supply closet to watch a corporate video about workplace ethics.Â  After signing a form confirming I had thoroughly processed the implications of the video, I was thrust behind a long desk covered in mat samples and in front of a huge wall of frame samples expressed by row upon row of disembodied upper-left-corners.Â  The store carried a truly impressive variety of frame styles, most of which were of a quality best described as absolute shit.

My first customer was an aw-shucks-type elderly man who was there to frame one of those generically wonderful drawings that inclined grandkids tend to produce in abundance.Â  It was probably of a dinosaur or lizard or something and was probably done in crayon.Â  He apologetically approached the subject of framing as though it were some sort of advanced aesthetic cryogenics, some infinitely complex process he couldnâ€™t begin to broach without my help.Â  I asked him what color he wanted the frame to be and he said black or brown so I suggested a cheap (they were all cheap) black floater frame and explained to him the money he could save by using plexi instead of glass and avoiding the cost of cutting a custom mat.Â  I explained to him that I thought the drawing would look best floated because of the texture his grandkid had imbued the paper with, which might be lost or look weird if flattened into a frame, and I explained the removable and archival adhesive we would use in case he ever wanted to remove the drawing.Â  I helped him fill out his order form and I took the drawing to give to the guys that built the frames in the back.Â  He had stopped apologizing and seemed happier than when he had come in.Â  Perhaps, despite having to wear a black hairband, experiences like this might actually teach me to enjoy this stupid job.

Unfortunately, this was not to be the case.Â  The minute the man left the store, I was immediately closer than I would have liked to be to my new manager, a pear shaped man in his late thirties with constantly puckered lips and those hideously coiffed and incredibly thin sideburns that look like a tribal tattoo made out of John Watersâ€™ mustache.Â  Unfortunately, I canâ€™t recall his name.Â  Either way, he was furious with me.Â  Hadnâ€™t I been paying attention during my training?Â  He started going on about some points-system which was not commission but like commission and which didnâ€™t guarantee me extra money but might and how REALLY what I SHOULD have done was to sell the old man some hideous decorative frame with real glass and green velveteen matting to compliment the color of the dinolizard in the drawing not only because those ideas were more elegant but mostly because they were more expensive.

I didnâ€™t work at this store for very long and mostly remember the experience by the events of that first day and by the incredibly dejected bus rides I slouched through on the ride back to my momâ€™s house.Â  At the time, however, my teenage indignation was at its peak and I considered my obscene managerâ€™s reprimanding not just a personal annoyance but a grand aesthetic injustice that spoke to all sorts of corruption, not just in terms of my own labor but further into the world of art and into the world of that poor old man.Â  Indeed, that particular galvanization is probably whatâ€™s caused the incident to not just stick with me but to return to me every time I am faced with decisions of framing in my own work or find reason to consider the picture-frame in the work of others.

To be continued in two weeks… 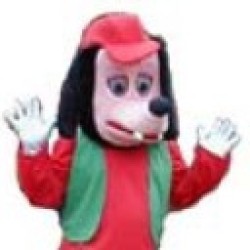