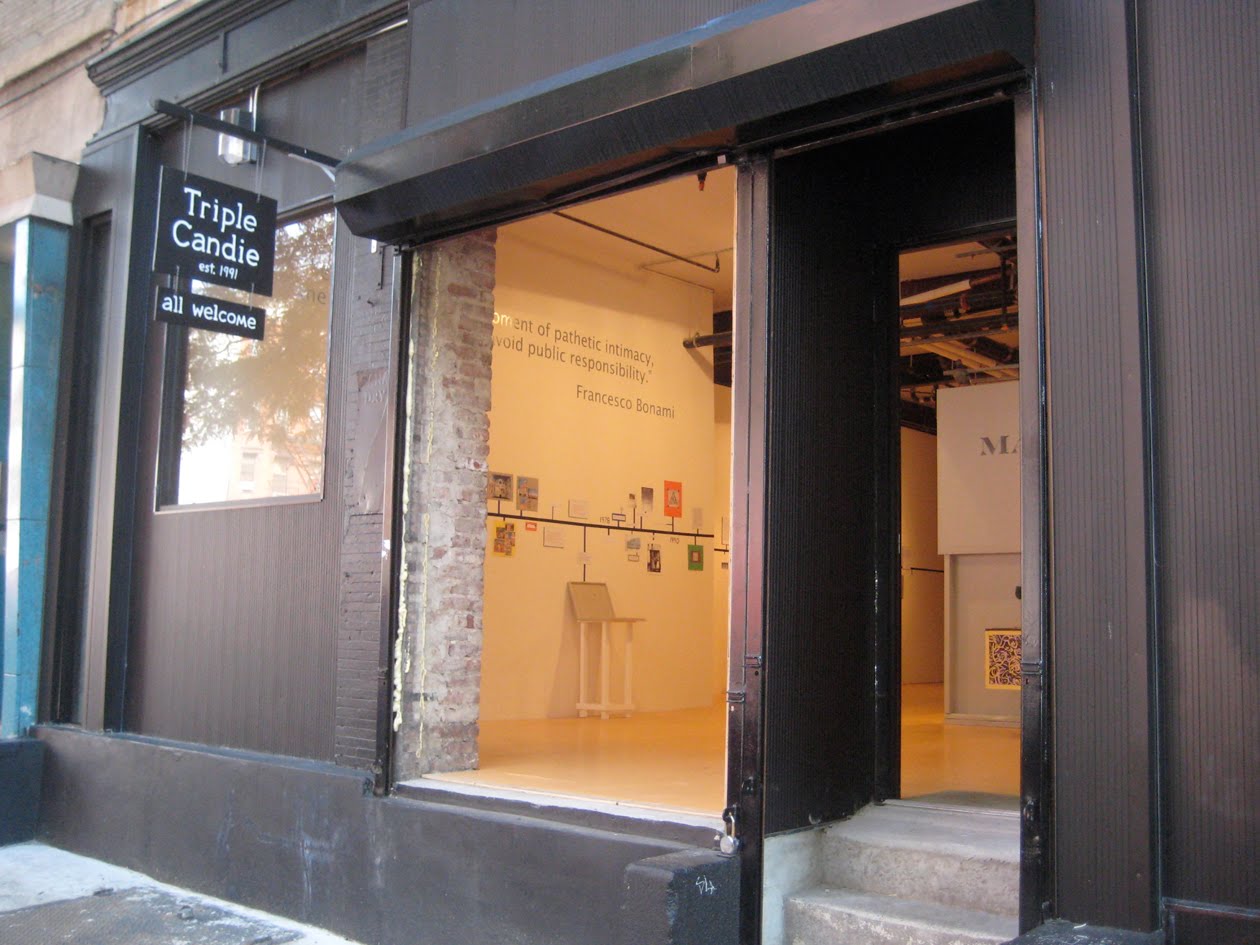 In my book, this is a must-see. NY avant-gallerists Triple Candie lecture at Gallery 400 tonight! Here are the details:

Shelly Bancroft and Peter Nesbett co-founded and have served as co-directors of Triple Candie, a not-for-profit contemporary art venue in Harlem, since 2001. Triple Candie is a place-based, research-oriented gallery that produces exhibitions about art but largely devoid of it. A typical exhibition consists of reproductions, surrogates, models, stage-sets, or common objects that are displayed using a combination of rhetorical devices. Given their ephemeral nature, frequent use of historical subjects, and lack of any obvious artist-agent, Triple Candieâ€™s exhibitions have often been referred to as â€œcuratorial performances.â€ Bancroft and Nesbett live in New York City. Triple Candie was highlighted as one of twenty-five worldwide trendsetters in the September 2007 issue of ARTnews. They were co-publishers of the award-winning Art on Paper magazine until 2004. Bancroft holds a masterâ€™s degree in contemporary art history from the University of Washington, Seattle and a bachelorâ€™s degree in painting from Michigan State University. Nesbett holds a post-masterâ€™s certificate from the Institute for Not-for- Profit Management at Columbia University, a masterâ€™s degree in art history from University of Washington, Seattle, and a bachelorâ€™s degree in visual studies from Cornell University.